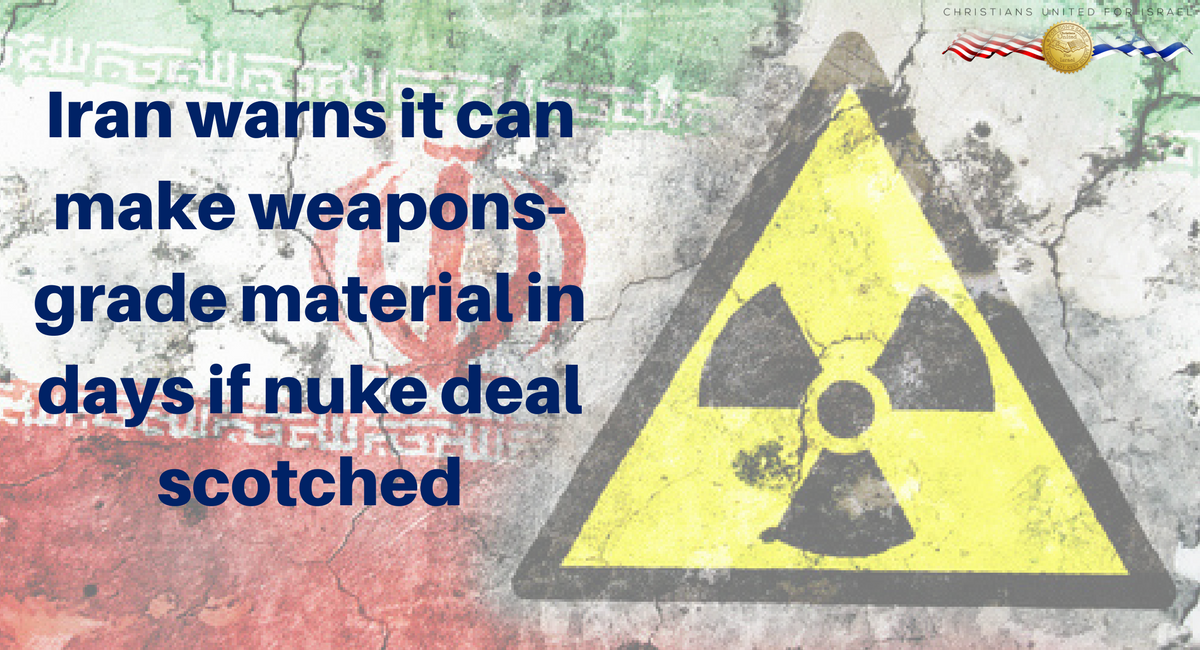 TEHRAN, Iran (AP) — Iran’s atomic chief warned Tuesday the Islamic Republic needs only five days to ramp up its uranium enrichment to 20 percent, a level at which the material could be used for a nuclear weapon.

The comments by Ali Akbar Salehi to Iranian state television come as US President Donald Trump repeatedly has threatened to renegotiate or walk away from the 2015 nuclear deal.

Salehi’s warning, along with recent comments by Iranian President Hassan Rouhani, show Iran is willing to push back against Trump while still acknowledging they want to keep the deal, which lifted crippling economic sanctions on the country.

“If there is a plan for a reaction and a challenge, we will definitely surprise them,” said Salehi, who also serves as one of Rouhani’s vice presidents. “If we make the determination, we are able to resume 20 percent-enrichment in at most five days.”

He added: “Definitely, we are not interested in such a thing happening. We have not achieved the deal easily to let it go easily. We are committed to the deal and we are loyal to it.”

Iran gave up the majority of its stockpile of 20-percent enriched uranium as part of the nuclear deal it struck with world powers, including Trump’s predecessor, president Barack Obama. The accord, which lifted sanctions on Iran, currently caps the Islamic Republic uranium enrichment at 5 percent.