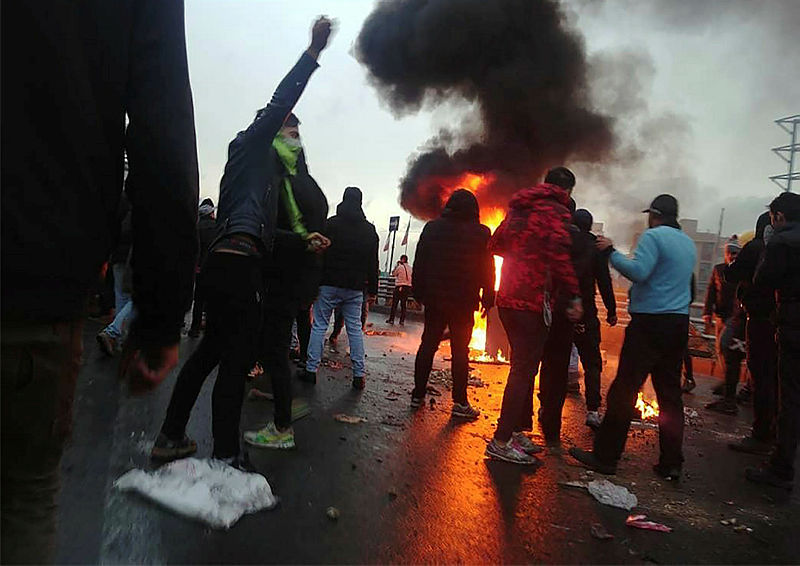 Iran promised on Friday to deal “decisively” with further protests over economic hardship, a day after security forces fired teargas to disperse demonstrators in the southwestern city of Behbahan, Reuters reported.

Iranian police urged people in a statement on Friday to “vigilantly refrain from any gathering that could provide a pretext for the counter-revolutionary movement,” accusing “enemies” of whipping up discontent.

“The police force has an inherent and legal duty to deal decisively with these desperate moves,” the statement said, according to Reuters.

According to London-based Middle East analyst Raman Ghavami, thousands gathered in the Khuzestan city of Behbahan, chanting slogans against Iranian involvement in other countries in the region amid the deepening economic crisis caused by the COVID-19 pandemic.

“No to Gaza, no to Lebanon, my life for Iran,” the demonstrators can be heard shouting on a video posted by Ghavami on Twitter. “Down with the Islamic Republic!”

A series of explosions at Iranian nuclear sites and strategic infrastructure have rocked the Islamic Republic in recent weeks, first being reported in late June. Having gone on for three weeks, the blasts have claimed 21 lives as of Tuesday, according to Al Jazeera.

The explosions have been unofficially attributed to Israeli cyberattacks and covert strikes by US and Israeli forces. The Iranian regime has vowed to respond to the incidents, originally claiming they were accidents.