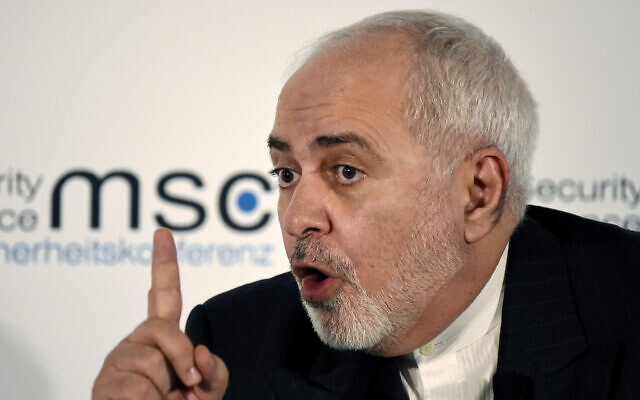 Iran, US heat up war of words on Iraq despite virus pandemic

Iran said Thursday it “only acts in self-defense” after US President Donald Trump warned it against attacks on US troops in Iraq, as a new war of words heated up despite the coronavirus pandemic.

Tensions between the rivals flared in Iraq where the United States deployed Patriot air defense missiles, prompting neighboring Iran to warn of consequences and demand a US withdrawal.

Both countries have been hit hard by the COVID-19 pandemic, which has claimed more than 5,000 lives in the United States and more than 3,000 in Iran.

“Unlike the US — which surreptitiously lies, cheats & assassinates — Iran only acts in self-defense,” Foreign Minister Mohammad Javad Zarif tweeted.

“Iran starts no wars but teaches lessons to those who do,” he added.

Trump warned Iran on Wednesday that it would pay a “heavy price” in the event of further attacks on US troops.

He tweeted that “upon information and belief, Iran or its proxies are planning a sneak attack on U.S. troops and/or assets in Iraq.”

In response, Zarif wrote on Twitter that “Iran has FRIENDS: No one can have MILLIONS of ‘proxies.’”