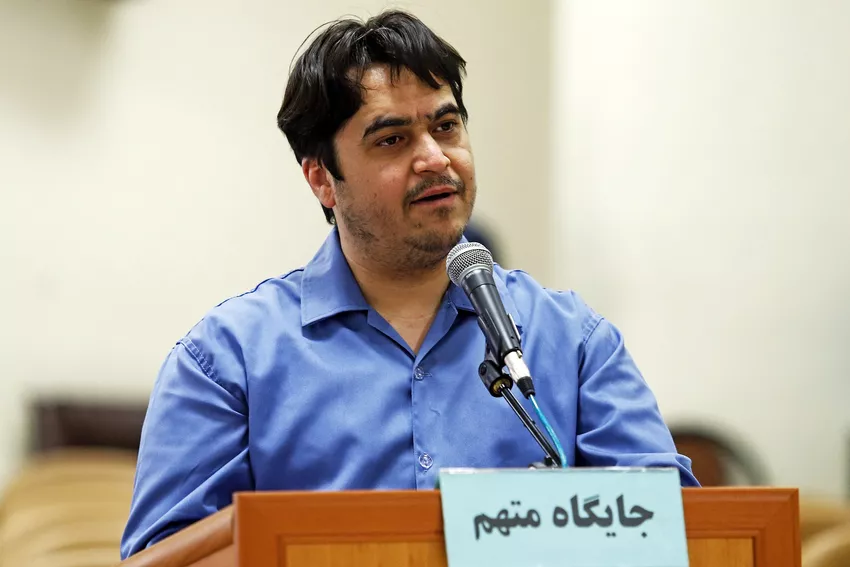 Unclear when Ruhollah Zam’s sentence will be carried out; although he can still appeal sentence

Iran’s Supreme Court has upheld the death penalty sentence handed down to a once-exiled journalist over his online work that helped inspire nationwide economic protests in 2017, according to Iranian media and cited in The Times of Israel.

It is neither clear exactly when the court made its ruling, nor precisely when Zam’s sentence is due to be carried out. According to Iranian law, the defendant has “another chance to appeal and the judiciary chief has the power to cancel the ruling and order a retrial if he finds it in violation of Shariah law.”

In early June, a court sentenced Zam to death, saying he had been convicted of “corruption on Earth,” a charge that can be brought in cases of espionage or was likely in this instance, accusations of attempting to overthrow Iran’s government.

Zam ran a website and a channel on the popular messaging app Telegram, which broadcast the place and times of protests against Iranian economic policy, as well as releasing embarrassing information about officials that directly challenged Iran’s Shiite theocracy.

Those demonstrations – sparked after a sudden jump in food prices – were the biggest that Iran had seen since 2009’s so-called “Green Movement” and were a precursor to similar protests in late 2019.