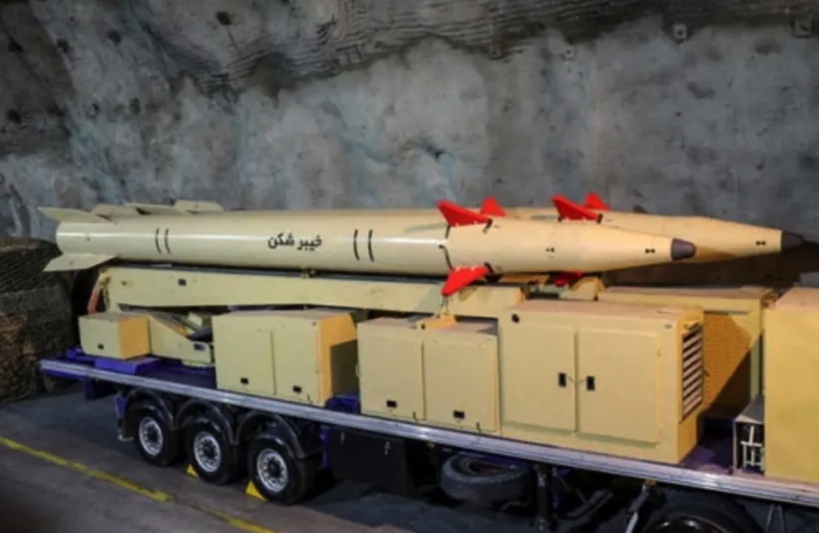 Iran unveiled a new missile on Wednesday with a reported range that would allow it to reach both US bases in the region as well as targets inside its archfoe Israel.

State TV reported that the missile uses solid fuel and has a range of 1,450 kilometers (900 miles).

It is called the Khaibar-buster, a reference to a Jewish castle overrun by Muslim warriors in the early days of Islam.

The report said the missile has high accuracy, is manufactured completely domestically, and can defeat missile shield systems. The information has not been independently verified.

The report comes as negotiations continue in Vienna to revive Tehran’s tattered nuclear deal with world powers. Iran, which has long said it does not seek nuclear weapons, insists its missile program is only a deterrent.

Earlier in January Iran tested an engine for a solid-fuel rocket designed to launch satellites. Satellite carriers usually use liquid fuel but solid-fuel rockets can be adapted for mobile launchers that can be driven anywhere on a major road or rail system. Pure solid-fuel rockets are mostly associated with ballistic missiles systems.