Iran: Total ‘Annihilation of Israel’ Will Be Price for Soleimani Killing 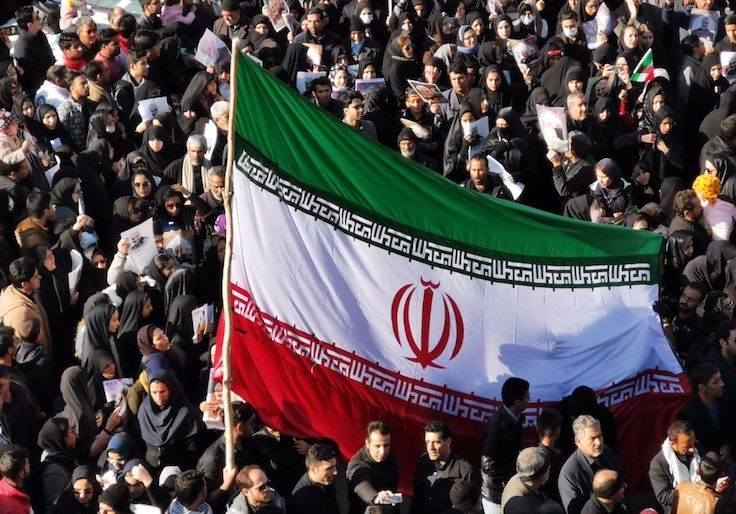 Iranian leaders are issuing renewed calls for the destruction of Israel, saying the “annihilation” of the Jewish state is the only fair price for America’s recent killing of top Iranian military leader Qassem Soleimani.

“Annihilation of Israel and the U.S. is the price of the blood of martyr Soleimani,” al-Heidari said early Wednesday during an anti-U.S. gathering in the Iranian city of Qom.

“This aggression should be responded to by the tough revenge stressed by Supreme Leader [Ayatollah Khamenei] and all options are on the table,” al-Heidari said in remarks published by Tehran’s state-controlled press. “All U.S. bases in the region, the U.S. embassy in Baghdad, and all their soldiers are within the range of resistance missiles because annihilation of Israel and the U.S. is the price of the blood of martyr Soleimani, and God willing the entire region will be liberated.”

Iran’s continued threats of violence followed the Islamic Republic’s Tuesday evening attack on U.S. military outposts in Iraq. Iranian military sources said the strike, which was comprised of about 15 ballistic missiles, hit at least “20 sensitive points” and resulted “in the destruction of a considerable number of drones and helicopters.”

Iran has signaled that it has no plans to scale back its regional terror operations. Iranian military officials said they have identified at least 104 “sensitive U.S. positions” that could be the site of its next missile attack.

“A sum of 104 sensitive U.S. positions in the region have been identified to immediately come under raid as soon as the Americans make the first mistake,” Iranian general Yadollah Javani, commander of the Islamic Revolutionary Guards Corps, said on Wednesday.

President Donald Trump addressed the nation on Wednesday to urge restraint and advocate for diplomacy following Iran’s escalation. The U.S. president said that he is imposing additional economic sanctions on Iran as a result of the Tuesday attack and urged European nations still party to the 2015 nuclear deal to immediately abandon their commitments under the accord.

“Iran must abandon its nuclear ambitions and end its support of terrorism,” Trump said. “We must all work together toward making a deal with Iran that makes the world a safer and more peaceful place.”