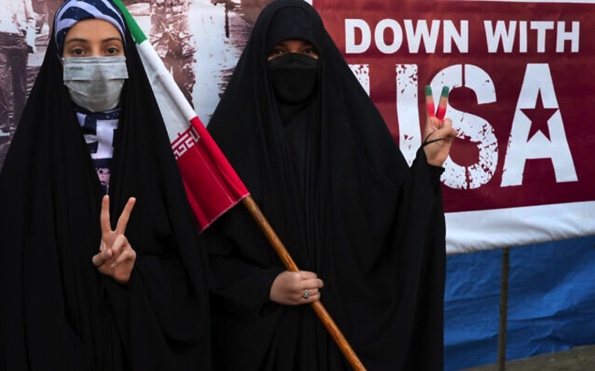 Iran on Friday marked the 1979 takeover of the US Embassy in Tehran as its theocracy faces nationwide protests after the death of a 22-year-old woman earlier arrested by the country’s morality police.

Iranian state-run television aired live feeds of various counterprotests around the country, with some in Tehran waving placards of the triangle-shaped Iranian drones Russia now uses to strike targets in its war on Ukraine. But while crowds in Tehran looked large with chador-wearing women waving the Islamic Republic’s flag, other protests in the country appeared smaller, with only a few dozen people taking part.

Iran’s hard-line President Ebrahim Raisi, speaking to people gathered in front of the former US Embassy, criticized those protesting the theocracy.

“Anyone taking the smallest step in the direction of breaching security and riots, must know that they are stepping in the direction of enemies of the Islamic Revolution,” he said. “Americans think they can execute the plan they carried out in some countries like Syria and Libya here. What a false dream!”