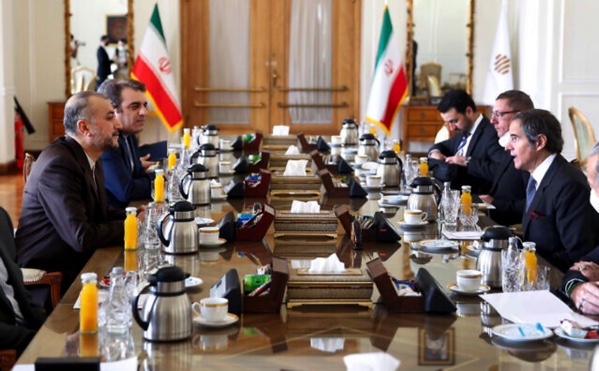 Iran says it will return to Vienna only to finalize nuclear deal, not to negotiate

Iran will only return to Vienna to finalize an agreement to revive its landmark 2015 nuclear deal with world powers, foreign ministry spokesman Saeed Khatibzadeh said Monday.

“We will not be going to Vienna for new negotiations but to finalize the nuclear agreement,” Khatibzadeh told reporters in Tehran.

However, Iran said there were still outstanding issues that it was waiting on Washington to settle.

“At the moment, we do not yet have a definitive answer from Washington,” Khatibzadeh said. “If Washington answers the outstanding questions, we can go to Vienna as soon as possible.”

Tehran has been engaged in negotiations to revive the deal, known formally as the Joint Comprehensive Plan of Action (JCPOA), with Britain, China, France, Germany and Russia directly, and the United States indirectly.