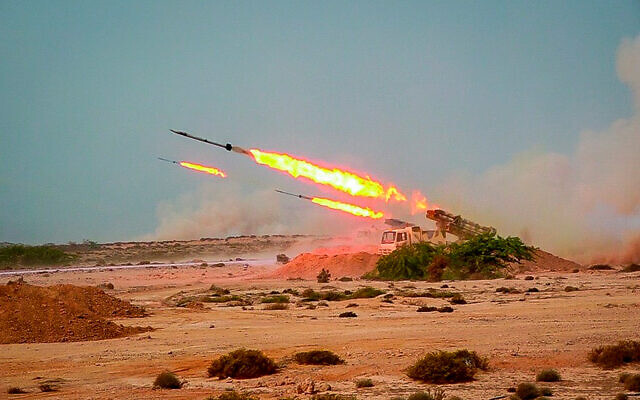 Iran says it is expanding defense beyond borders, will continue missile program

The Iranian Defense Ministry said on Saturday that it was expanding its defense efforts beyond the borders of the country, in an apparent message of deterrence to Israel and the West, as hopes for a return to the 2015 nuclear deal continue to fade.

“Our country has an important role to play in strengthening the resistance front and expanding the radius of defense of national security beyond the borders of the country,” the ministry said in a message for Defense Industries Day, the Moj News Agency reported.

The ministry stated that Iran’s military plan includes “strengthening the defensive force and constantly updating the ability to deal with the threats of our enemies.”

“We will not hesitate to strengthen our military capabilities, including the missile program designed solely for defense purposes,” it added.

The statement came as the foreign ministries of Germany, France, and Britain expressed “grave concern” over Iran’s growing violations of the moribund 2015 nuclear accord.