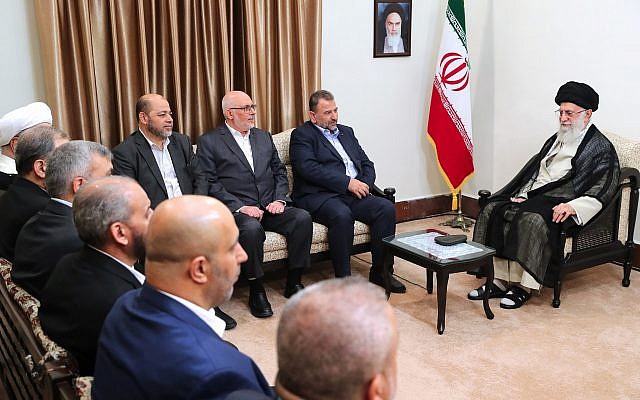 The Islamic Republic is a longtime financial supporter of Hamas, the terror organization that rules the Gaza Strip and is committed to Israel’s destruction.

That will represent a massive increase in Iranian support for the Gaza rulers. A report by the Ynet news site from August 2018, citing Palestinian sources, said Iran’s payments to Hamas at the time amounted to $70 million per year (less than $6 million per month).

The meeting, which took place two weeks ago, was attended by Saleh al-Arouri, the deputy chief of the Hamas politburo.

In exchange for the funding, Tehran asked Hamas to provide intelligence about the location of Israel’s missile stockpiles, the report said. It was not immediately clear if the raise was strictly conditioned on the intelligence provided by the terror group.