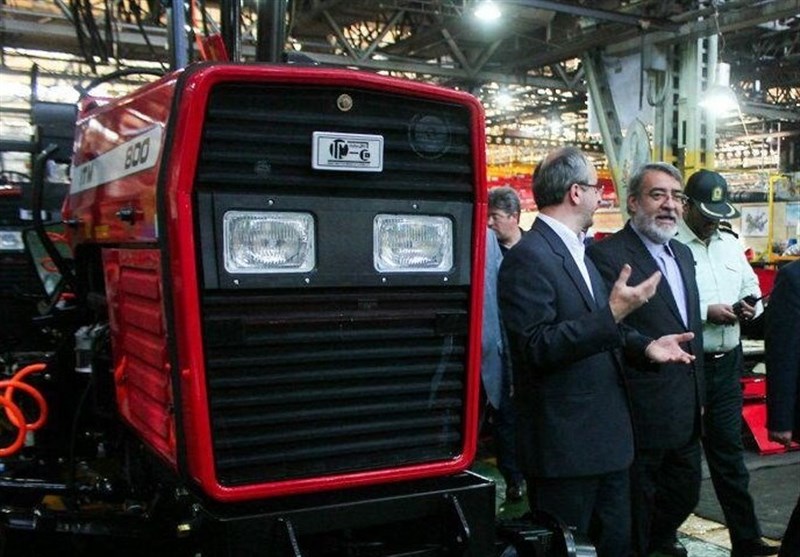 An analyst told i24NEWS exclusively on Tuesday that Iranian companies, sanctioned by the United States over ties to the Revolutionary Guards Corps, have recently begun unloading shipments at Syria’s Latakia port raising suspicions that the dormant maritime trade route is being revived and may be exploited for weapons smuggling.

The Mediterranean sea port of Latakia on Syria’s western coast has long been known as a transit point for illegal weapons and technologies arriving from Iran and North Korea.

In light of increased supervision of the sea routes leading to the country Iran has more recently transported its military cargo to Syria via a civilian air route that passes over Iraq.

Pictures given exclusively to i24NEWS, some as recent as last week, show tractors produced by the Iranian Tractor Manufacturing Company (ITM) — a company with ties to the IRGC — being unloaded at Latakia port.

The images suggest that Iran has revived the long-dormant maritime trade route, and raising suspicions that it could be exploited for weapons trafficking.

It is possible that Iran’s repeated failure to successfully smuggle weapons through its civilian air route — as evidenced by the hundreds of Israeli aerial bombardments on cargo terminals at Damascus airport and other airbases — has led to a revival in the maritime strategy.

Intelligence sources say that a recent strike on a factory on the outskirts of Latakia Port belonging to a Syrian government company known as OTI revealed stored machinery and materials hidden in maritime shipments smuggled from suppliers in Italy, China and other countries in the Far East.

The equipment was designated for the construction of production facilities for Iranian precision missile factories for its Lebanese proxy Hezbollah, the analyst said.