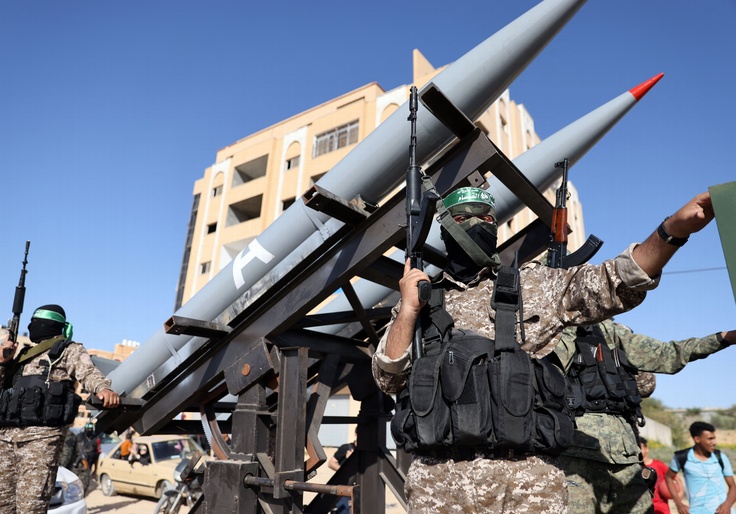 “With the end of the Israeli regime’s latest aggression, the Palestinian resistance has resumed the process of rocket production,” Fathi Hamad, a member of Hamas’s politburo, was quoted as saying over the Memorial Day weekend by Iran’s state-run Fars News Agency. “Our factories and workshops have restarted producing thousands of rockets to stop [Israeli prime minister Benjamin] Netanyahu’s intransigence in Al-Quds [Jerusalem] and Tel Aviv.”

Hamas leaders also said that despite the current calm between the sides, “This war will last forever.”

The comments shows that the weapons pipeline between Iran and Hamas terrorists in the Gaza Strip remains intact following a series of Israeli defensive strikes meant to eradicate the terror group’s supply of rockets. Hamas fired thousands of missiles into Israeli territory during the war, many of them more sophisticated than the typical crude rockets normally fired by the group. Iran is largely responsible for providing Hamas with the funding and materials needed to produce these advanced missiles.

Iranian leaders have made clear in recent days that they will continue arming and funding Hamas, comments that have stoked outrage among Republicans in Congress. Many U.S. lawmakers are pressing the Biden administration to abandon its diplomacy with Iran aimed at inking a new Iran deal. They say that the billions of dollars in sanctions relief the United States will give Iran will go to funding terror proxy groups like Hamas and Hezbollah, which also fired rockets at Israel during the most recent conflict.