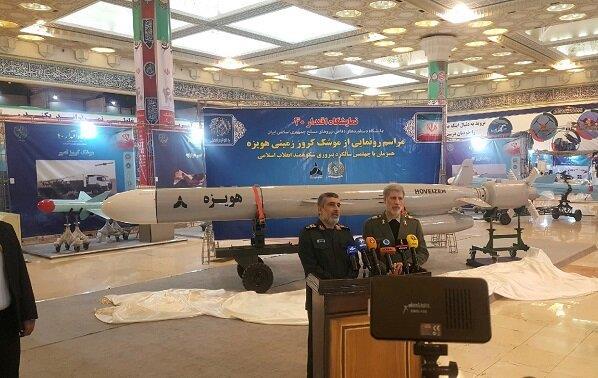 As the 40th anniversary of the Islamic Revolution approaches, Iran unveiled in a live broadcast its new long-range cruise missile, named the Hoveyzeh (after the city in the Khuzestan province that was almost completely destroyed during the Iran-Iraq War and is perceived as a symbol of heroism and sacrifice). The missile was shown off as part of a large exhibit displaying more than 300 weapons and “advanced technology” (including missiles, drones, ammunition, aircraft, and naval weaponry) run by the Iranian Defense Industries Organization.1 During the “Decade of Dawn,” (February 1-11, 2019) which commemorates the period of the anniversary of Ayatollah Ruhollah Khomeini’s landing in Iran (on February 1, 1979) until the date of the actual Iranian Revolution (on February 11, 1979), Iran will show off its technological achievements in various fields, including that of the military.