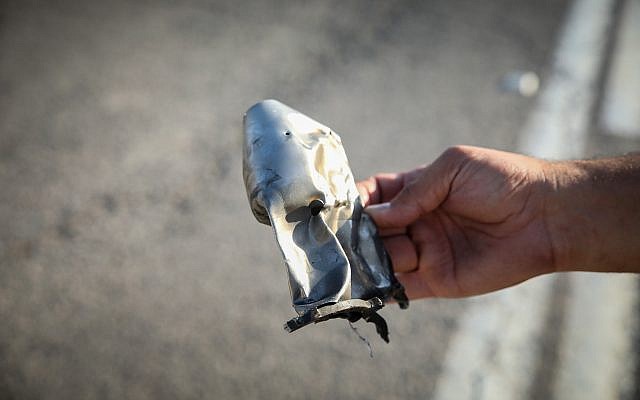 A senior Iranian security official praised Hezbollah’s firing of anti-tank missiles from Lebanon at Israeli territory on Sunday, as the deputy leader of the Iran-backed terror group said the attack changed the rules of the game.

Ali Shamkhani, secretary of Iran’s Supreme National Security Council, said the attack demonstrated the willingness of Tehran and its proxies to confront Israel, the United States and allied regional countries, according to the Mehr news agency.

Hezbollah indicated the attack was in retaliation for an Israeli airstrike in Syria last month that killed several operatives, including two of its members. Israel said that strike was to thwart an Iranian plot to launch explosives-laded drones at Israeli territory. IDF Chief of Staff Aviv Kohavi accused a top Iranian general of personally overseeing the plan.

The Lebanese terror group has also accused Israel of being behind a recent drone attack in Beirut that reportedly damaged materials for Hezbollah’s missile program.

Naim Qassem, the deputy head of Hezbollah, boasted after Sunday’s anti-tank missile fire that Israel would be deterred from future strikes.

“This is a serious incident in violation of UN Security Council Resolution 1701 and clearly directed at undermining stability in the area,” UNIFIL commander Maj. Gen. Stefano Del Col said in a statement, referring to the UN resolution ending the 2005 Second Lebanon War between Israel and Hezbollah.

“We need to maintain security along the Blue Line and exercise utmost restraint,” Del Col added, referring to the border demarcation between Israel and Lebanon.

The UNIFIL commander said calm had returned to the border following the incident and that both sides assured him of their commitment to preventing a renewal of violence, per Resolution 1701.

France is engaged in “multiple contacts” aimed at averting an escalation of hostilities on Lebanon’s southern border between the Shiite movement Hezbollah and the Israeli army, the French foreign ministry said Sunday.

Lebanese Prime Minister Saad Hariri called on France and the United States to “intervene” in the tensions, adding that French President Emmanuel Macron had spoken by telephone with Prime Minister Benjamin Netanyahu and Iranian President Hassan Rouhani “in recent days.”

“France has engaged in multiple contacts in the region since the incidents of August 25 with the aim of averting an escalation,” the foreign ministry spokeswoman said in a statement.

“We are in permanent contact with all the Lebanese actors,” she said. “France will pursue efforts in this direction and asks all to assume their responsibilities to quickly restore calm.”