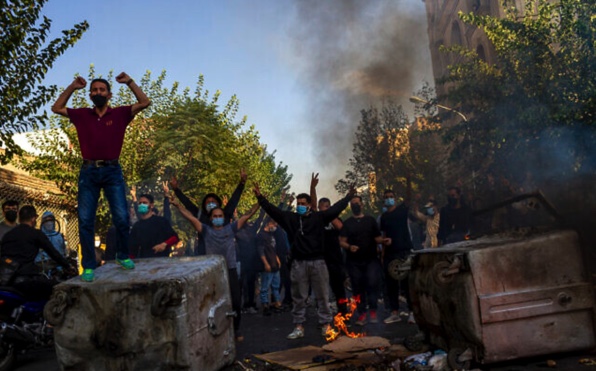 Iranian authorities announced on Monday they will hold public trials for 1,000 people in the capital, Tehran, over the protests that have convulsed the country. The mass indictments mark the government’s first major legal action aimed at quashing dissent since unrest erupted over six weeks ago.

Iran’s state-run IRNA news agency quoted judicial officials as saying that a thousand people who had a central role in the protests would be brought to trial in Tehran alone over their “subversive actions,” including assaulting security guards, setting fire to public property and other accusations.

The nationwide protests first erupted over the September 16 death of 22-year-old Mahsa Amini in the custody of the country’s morality police. She was detained for allegedly violating Iran’s strict dress code for women. Although the protests first focused on Iran’s mandatory headscarf, or hijab, they have since transformed into one of the greatest challenges to the ruling clerics since the chaotic years following the 1979 Islamic Revolution.