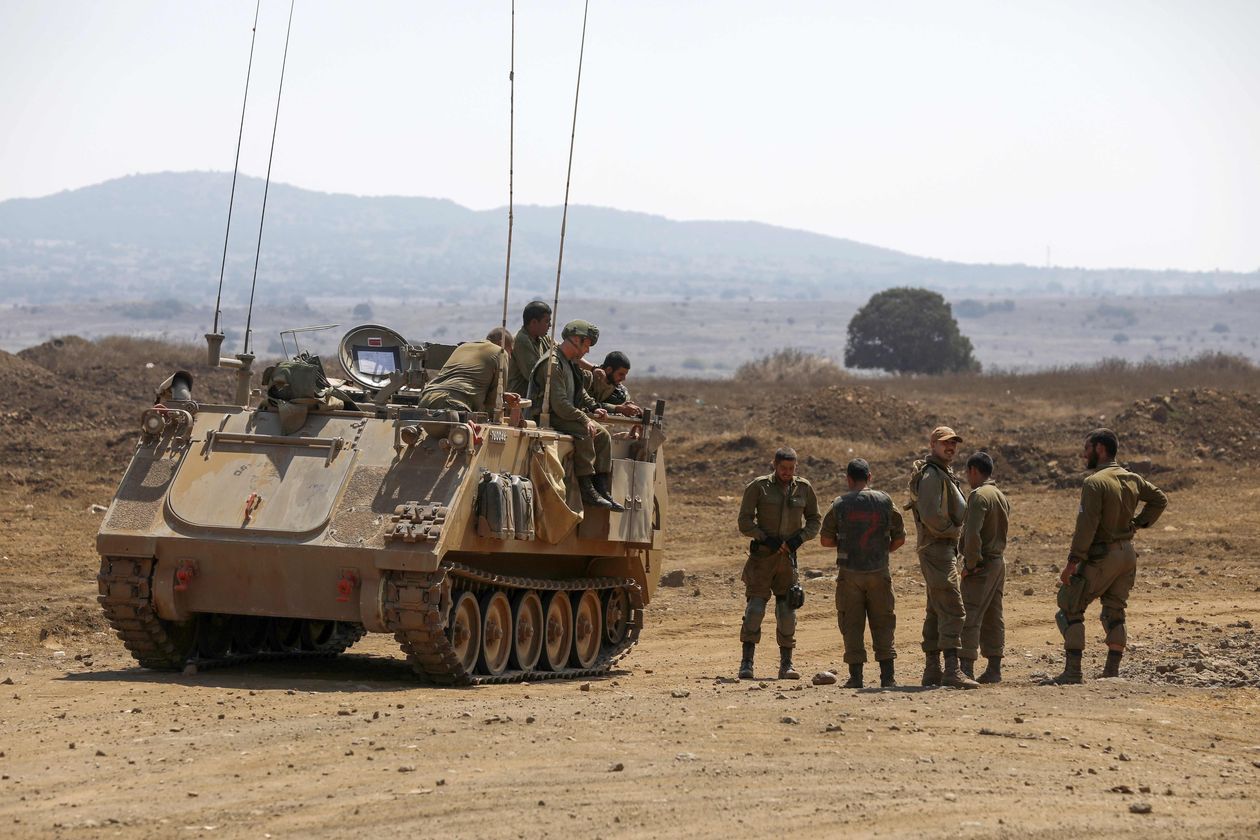 Israel is fighting off Iranian expansion across the Middle East, but danger for the Jewish state lurks near its own borders. Painstaking work by Iran’s Islamic Revolutionary Guard Corps and their loyal proxies has succeeded in laying the groundwork for a second Iranian front with Israel in the Golan Heights.

The first front is to Israel’s north in South Lebanon. The Golan, which Israel won from Syria in 1967, lies further east. Though Israel rules the skies, the Syrian land adjoining Israel’s border appears increasingly to belong to Iran. Reports from both Israelis and Syrian opposition groups have revealed glimpses of the methods the Iranians and their allies have employed to build a military infrastructure on the Syrian side of the Golan.

One is “The Iranian Conquest of Syria,” a report published last month by the Jerusalem Center for Public Affairs. The authors are two retired senior Israeli military intelligence officers, Brig. Gen. Shimon Shapira and Col. Jacques Neriah. They explain how Iranian and Hezbollah fighters have crept methodically westward from the Syrian lava field of Lajat, 40 miles from the Golan Heights in Syria’s southwest, to the broken nation’s Quneitra province, which is even closer.

The Iranian element, made up of the Revolutionary Guard, Lebanese Hezbollah and the local Syrians they have recruited, is tightly woven into the border villages and the official Syrian security forces. That much is clear from the locations of the four permanent bases used by Lebanese Hezbollah in southwest Syria. One is at Al Haraq, within an area controlled and maintained by the Syrian army’s 52nd Brigade. Two others are in the Lajat area. These are used to train locally recruited fighters and store short- and medium-range missiles.

The fourth base is in Quneitra, outside Al Hadr, about 3 miles from the Israeli border. According to the Israeli researchers, the base is protected by the Quneitra Hawks Brigade, which is part of the Syrian National Defense Forces, a reserve army established by Iranian commander Qasem Soleimani. The base is situated within a position of the Syrian army’s 90th Brigade and used mainly for intelligence gathering and eavesdropping.

Before the Syrian civil war, the Golan border was manned by sleepy, poorly equipped and largely inactive Syrian conscripts. After July 2018, when Syria routed rebels from the area, a very different force arrived. An Israeli resident of the Golan deeply engaged in security activity in the area gave the author a ground-level view of the new deployments from the other side of the border. He described the surprise of local Israeli security activists, who found well-equipped and professionally deployed fighters patrolling close to the frontier. Gen. Shapira and Col. Neriah believe these fighters to be Hezbollah members and note that they established new positions only 200 meters from the first positions of the United Nations’ monitoring force.

The new Iranian-allied infrastructure near Israel’s border goes together with its intensive recruitment campaign among local young men. In poverty-stricken southwest Syria, the $250 a month offered by Hajj Hashem, the Hezbollah commander in the area, is a tempting prospect.

The first discordant notes about an Iranian advance near the Golan were heard in November 2018, when the opposition website SyrianObserver noted a large Iranian base under construction in the Lajat area. Apparently the Iraqi Shiite militia Asaib Ahl al-Haq and Lebanese Hezbollah, operating on behalf of the Iranians, “destroyed about 650 houses and cleared out a number of villages in Lajat, leveling them to the ground, to create an area of 30 square kilometers. In these villages, the Iran-backed militias prepared training barracks and warehouses for weapons and ammunition, in order to make this area into a military base for foreign Iran-backed militias to be based.” SyrianObserver claimed the fighters traveled to Lajat under the protection of Iran’s Revolutionary Guard all the way from the Iraq-Syria border crossing at Abu Kamal, which Israel reportedly bombed earlier this month.

Perhaps this attack will stem the Iranian advance, but the evidence suggests that Tehran has taken major strides in the past year. Wound into the civilian and military infrastructure of southwest Syria, Iran has already established a second front with Israel.

Once an Israeli government emerges from coalition wrangling, it will need to confront this new and rising challenge by its doorstep. Aerial bombing won’t be enough.

Mr. Spyer is director of the Middle East Center for Reporting and Analysis and a research fellow at the Jerusalem Institute for Strategy and Security and at the Middle East Forum. He is author of “Days of the Fall: A Reporter’s Journey in the Syria and Iraq Wars.”