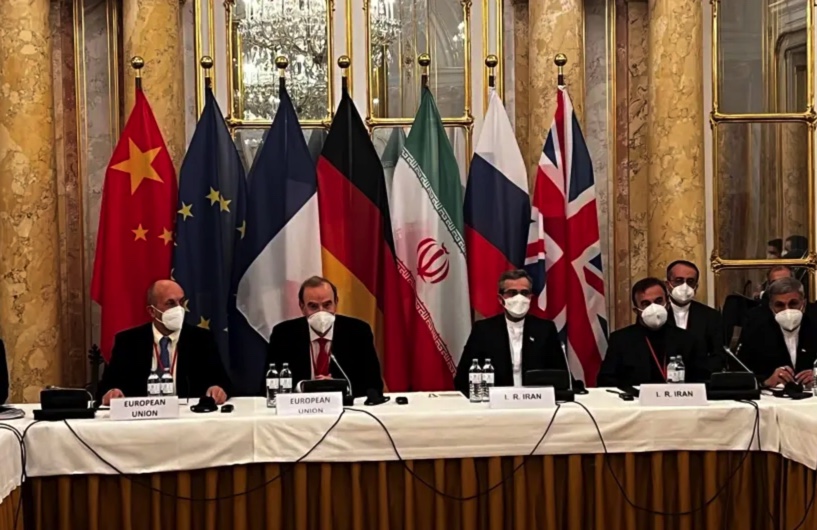 Iran nuclear talks resume in Vienna, end within an hour

Talks to salvage the 2015 Iran nuclear deal formally resumed on Thursday, with a meeting of the remaining parties to the deal, which does not include the United States, Russia’s top envoy to the talks said on Twitter. The meeting ended within an hour.
“The meeting of the Joint Commission is over. It was rather short and constructive,” Mikhail Ulyanov tweeted. “The participants observed a number of important commonalities in their positions, including with regard to the need to finalize the #ViennaTalks on restoration of #JCPOA successfully and swiftly.”
The Islamic Republic News Agency (IRNA) reported that the parties decided during the meeting to continue discussions on the documents proposed by Iran at various levels. The report stated that Iran’s chief nuclear negotiator Ali Bagheri Kani explained the basics of Iran’s proposals and emphasized Iran’s “seriousness and goodwill in the talks.”
“Iran will continue to engage seriously & is determined to reach a good deal that secures our nation’s rights & interests,” wrote Kani in a tweet earlier on Thursday.
The talks had broken off last Friday, with European officials saying that Iran’s demands were unrealistic and expressing concerns that Iran was stalling while advancing its nuclear program.
Read More: The Jerusalem Post