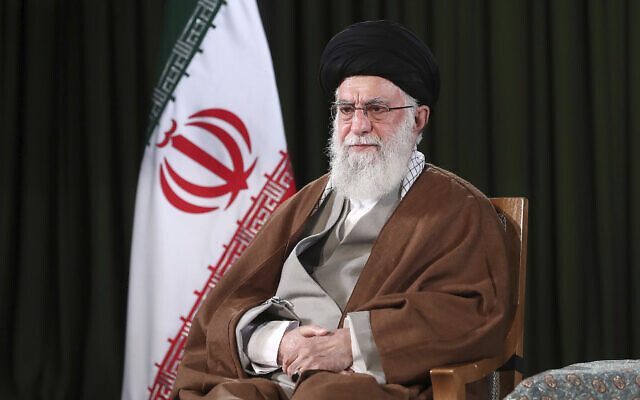 DUBAI, United Arab Emirates (AP) — Iran’s supreme leader Sunday refused US assistance to fight the new coronavirus, citing an unfounded conspiracy theory that the virus could be man-made by America.

But while Iranian civilian officials in recent days have increasingly criticized those sanctions, 80-year-old Khamenei instead chose to traffic in the same conspiracy theory increasingly used by Chinese officials about the new virus to deflect blame for the pandemic.

“Possibly your (offered) medicine is a way to spread the virus more,” Khamenei said. “Or if you send therapists and doctors, maybe he wants to see the effect of the poison, since it is said that part of the virus is built for Iran.”