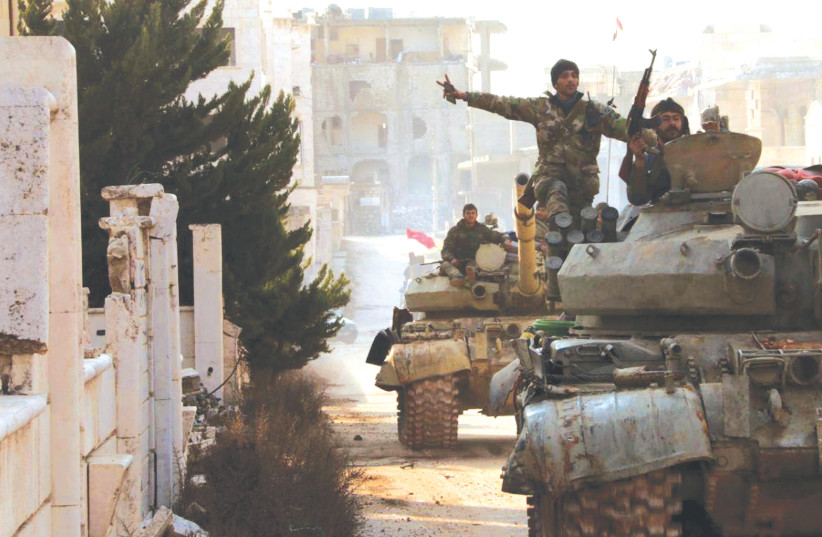 The global spotlight has currently returned to Syria because of the Assad regime’s current bloody offensive in Idlib, Aleppo and Latakia provinces. The regime is trying to reduce the last enclave held by the Sunni Arab rebels in the country’s northwest.The assault has precipitated one of the worst humanitarian disasters of the bloody, nine-year war. Eight hundred thousand people have left their homes to flee the advance of regime forces and the relentless, indiscriminate bombing of Assad’s Russian allies.Far to the south of Idlib, however, and largely ignored by the global media, events are under way that may offer a clue to the future direction of Syria. These events are of direct interest to Israel.The regime is currently seeking to consolidate its presence in Deraa and Quneitra provinces in Syria’s southwest. Assad’s army completed its “conquest” of these areas in the summer of 2018.Observation of the current situation on the ground in these areas suggests, however, that the situation remains far from a return to the repressive and stifling order of the pre-revolt days.