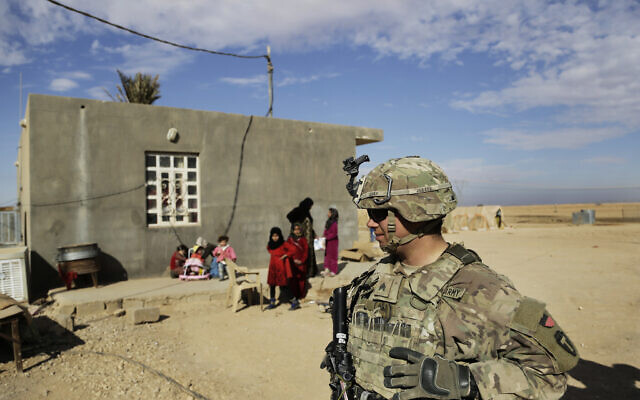 Daily rocket and drone attacks on the US in Iraq are no longer just the harassment that began in May 2019. The targeted attacks are increasing, and they also involve more sophisticated drones than in the past.
While there have been no American deaths from these attacks since the spring of 2020, the overall picture is of a rising conflict in which Iran has declared war on the US in Iraq.
The latest attack took place Thursday morning on the US Embassy in Baghdad. It followed daily attacks against US forces in Erbil, capital of the Kurdistan Region in Iraq; Al Asad base in western Iraq and the targeting of US forces in Syria since July 4.
Iran has done this before, using pro-Iranian groups in Iraq to wage an insurgency against the US after the US-led 2003 invasion of Iraq. In a twist of irony, Washington had gone into Iraq to remove Saddam Hussein. Saddam was a vicious opponent of Iran, who also committed genocide against Iraqis, targeting Kurds and Shi’ites.