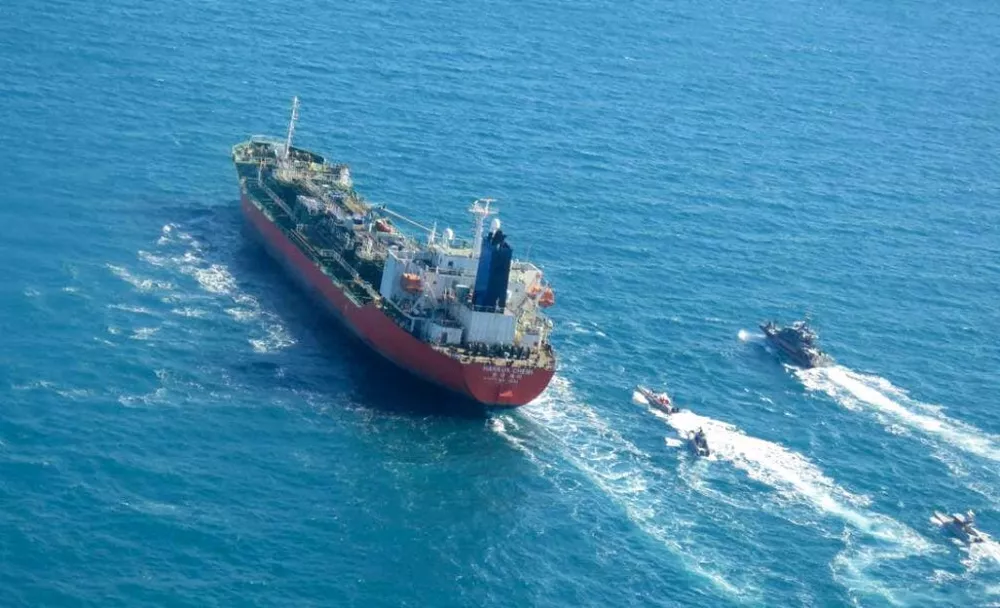 The ministry specified that the ship’s captain has been released, and that the tanker has been able to depart from the Iranian shores, with maritime tracking sites suggesting it is now en route to the Strait of Hormuz.

The arrest came at a time when Iran was reaching out to South Korea in a bid to access $7 billion in assets frozen by Seoul in line with US sanctions on Iran and was largely seen as a quest for leverage.

Tehran had accused the ship which carried 7,200 tons of “petroleum chemicals” of marine pollution.

In February, Iran had allowed all crew members except the captain to leave the country for “humanitarian” reasons, but most remained on board to maintain the tanker.

South Korea announced in March that it had agreed to a solution to unlock the frozen funds but wait for the green light from Washington.

The South Korean Foreign Ministry made no mention of the funds in its statement on Friday. According to many South Korean media, Prime Minister Chung Sye-kyun will visit Tehran soon, without giving a date.