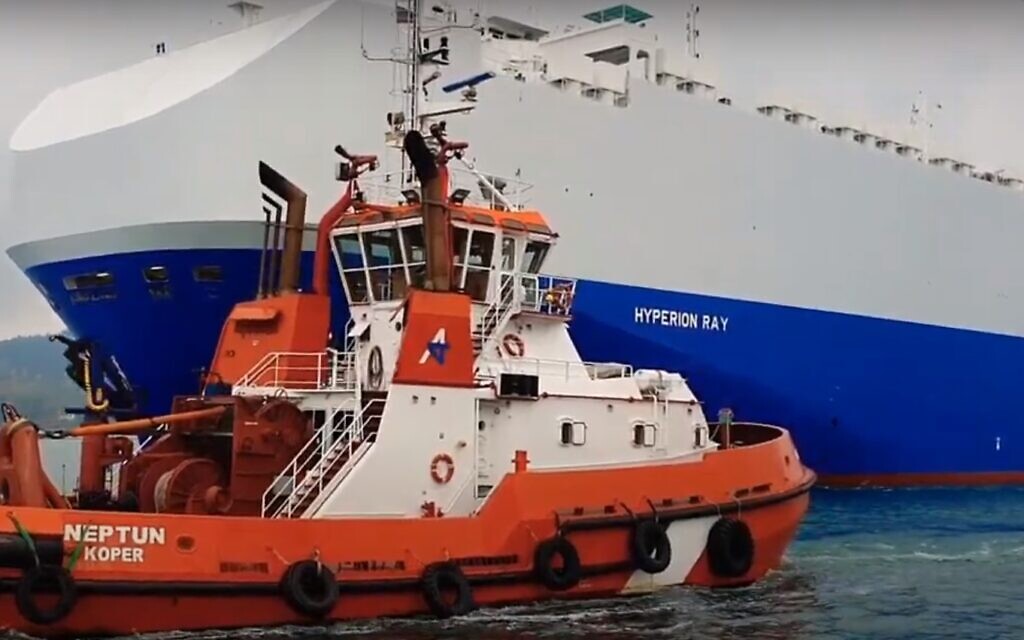 An Israeli ship called the Hyperion and owned by an Israeli company was attacked near the shores of the Fujairah emirate in the United Arab Emirateson Tuesday, according to reports in Lebanon. The attack came a day after Iran vowed to avenge the explosion at its Natanz nuclear facility, which it blamed on Israel.

Data available on MarineTraffic.com showed that the Hyperion, a vehicle carrier sailing under the flag of the Bahamas, was stopped off the coast of Fujairah. Arab media reports said that the ship was hit by an Iranian missile.

The vessel is associated with the Israeli Ray Shipping company, the same company that owns a vessel hit by an alleged Iranian attack in February.

Israeli media reported that the attack was likely carried out with a missile or drone and that only light damage was caused to the vessel.

It also comes after two strikes against Israeli-owned vessels in the region and reports of dozens of earlier strikes carried out by Israel against Iran in locations ranging from the Mediterranean Sea to the Persian Gulf.

Late last month, an Iranian missile was reportedly fired at an Israeli ship between India and Oman, striking and damaging it. In February, Iran allegedly attacked the Israeli-owned cargo vessel MV Helios Ray, which was damaged by an explosion in the Gulf of Oman.