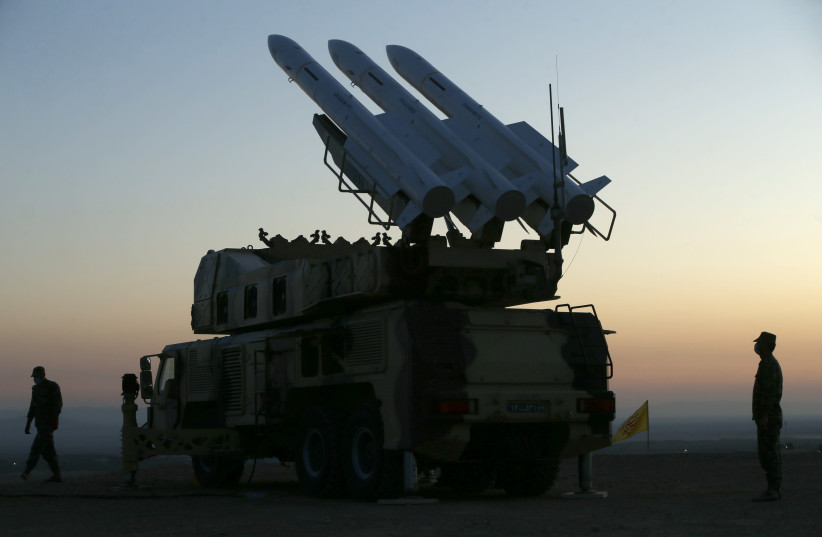 Iran Could Deploy 200 Missiles In Iraq To Attack Israel

With tensions rising with Iran, Israel is concerned that the Islamic Republic could deploy up to 200 long-range missiles in Iraq that could be used to attack the Jewish state. Iran is already believed to have hundreds of missiles that can reach Israel.

While the chances of a direct confrontation between Israel and Iran are deemed low, heightened tensions in the North amid the possibility of a confrontation in Syria or Lebanon, could also draw Iran to retaliate.

Israel has reportedly upped its attacks against Iranian infrastructure in Syria in recent weeks. On Monday morning, Israeli Air Force aircraft reportedly struck targets near Damascus, the second such strike within a week.

The airstrike came just as a surprise military drill covering Israel’s entire northern region was announced. Dubbed “Vered Hagalil”, the massive aerial drill which started on Monday was launched to help prepare the IAF for a future war with Hezbollah.

Israel does not currently believe that Hezbollah is interested in a new war but military intelligence is of the opinion that there is a relatively high chance for a “few days of combat” between the IDF and the Iranian-backed guerilla organization.