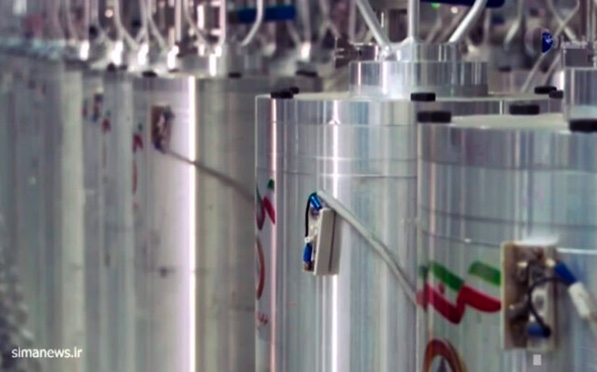 Iran has confirmed it relocated a centrifuge facility to its underground Natanz nuclear site, state media reported, days after the UN atomic watchdog said it installed surveillance cameras to monitor the new workshop at Tehran’s request.

The news agency quoted the spokesman for Iran’s atomic energy organization, Behrouz Kamalvandi, as saying authorities had moved the operation to a safer place.

Iran’s centrifuge facility in Karaj found itself targeted in what Iran described as a sabotage attack in June. Natanz itself has twice been targeted in sabotage attacks amid uncertainty over the nuclear deal, assaults that Iran has blamed on Israel.

“Unfortunately because of a terrorist operation that took place against Karaj, we were obliged to intensify security measures under which we moved an important part of the machines and transferred the rest to Natanz and Isfahan,” said Kamalvandi. Isfahan is the location of another Iranian nuclear facility.

On Thursday, the Vienna-based International Atomic Energy Agency said it installed cameras and removed seals from machines at the new workshop in Natanz two days earlier. Those machines will be used to make centrifuge rotor tubes and bellows, crucial parts for the devices that spin at very high speeds to enrich uranium gas.