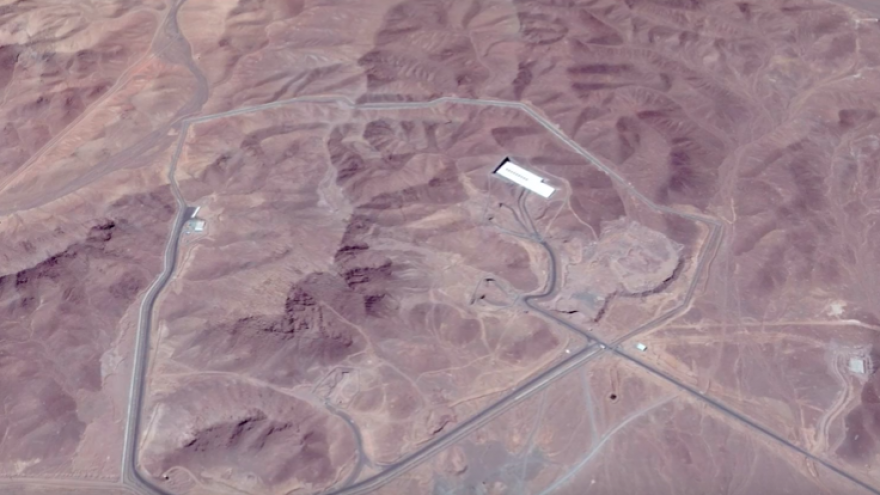 (November 10, 2019 / JNS) A spokesman for the Atomic Energy Organization of Iran said on Sunday that while the Islamic Republic’s current need was only for uranium enriched to 5 percent, it had the capacity to enrich up to 60 percent.

Iran “has the possibility to produce [uranium enriched to] 5 percent, 20 percent and 60 percent, and has this capacity,” AEOI spokesman Behrouz Kamalvandi said during a news conference at Iran’s underground Fordow nuclear facility, according to Reuters. “At the moment, the need is for 5 percent,” he added.

While 60 percent far exceeds the level of enrichment required for most civilian applications, it falls short of the 90 percent required to construct a nuclear weapon.

Iran announced last week that it was resuming uranium enrichment at Fordow, in a further step from its commitments under the 2015 nuclear deal with world powers. The pact bans the production of nuclear material at Fordow, a highly sensitive site that Iran hid from United Nations nonproliferation inspectors until 2009. It also sets a limit of 3.67 percent for uranium enrichment

Inspectors from the International Atomic Energy Agency will visit Fordow on Sunday, said Kamalvandi according to the report.

The United States withdrew from the 2015 nuclear deal in May 2018 and reimposed sanctions on Iran in an attempt to pressure it to renegotiate the terms of the agreement, which does not address Iran’s ballistic-missile program or support for proxy terrorist forces around the Middle East.

In response, Iran began to exceed the limits imposed on its nuclear program, while implying that its measures are reversible should European signatories to the accord manage to restore its access to foreign trade, promised under the deal but blocked by U.S. sanctions.