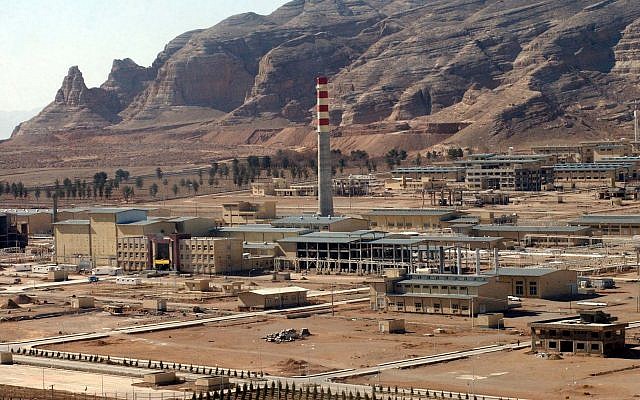 Citing what it said was an “informed source,” Fars reported that the stockpile was measured and found to have exceeded the agreed limit laid out in the so-called Joint Comprehensive Plan of Action.

On June 17, a spokesperson for Iran’s Atomic Energy Organization said Iran would breach the limit within 10 days.

Speaking at the Arak heavy water production facility, Behrouz Kamalvandi acknowledged that the country had already quadrupled its production of low-enriched uranium and said Tehran would increase uranium enrichment levels “based on the country’s needs.”

That increase, he said, could be to any level, from 3.67%, which is the current limit set by the nuclear deal.