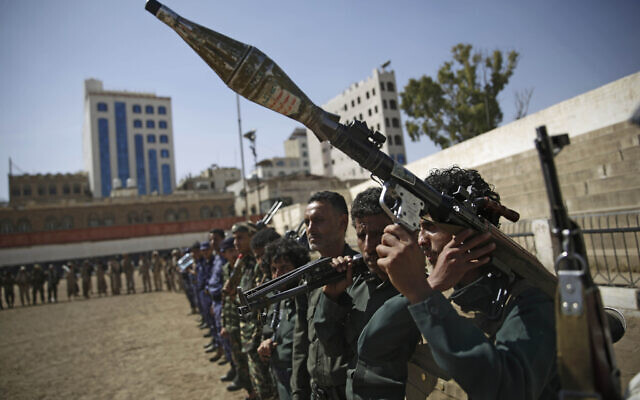 CAIRO, Egypt — The leader of Yemen’s Houthi rebels on Thursday declared his willingness to free several Saudi captives in exchange for the release of Hamas members recently detained in the kingdom, an unprecedented statement that signaled Iran’s regional reach.In a lengthy televised speech to mark the five-year anniversary of Yemen’s devastating war, Abdel-Malek al-Houthi announced the rebels’ “complete readiness” to release a pilot abducted in the downing of a Saudi warplane last month, along with four other soldiers and officers.“Unfortunately, the regimes of Saudi Arabia and the United Arab Emirates have generally presented as worse than Israel,” he said, demanding the release of dozens of Palestinian Hamas members and supporters on trial in Saudi Arabia. They had been arrested on charges of fundraising for Hamas, according to an official in the militant group.