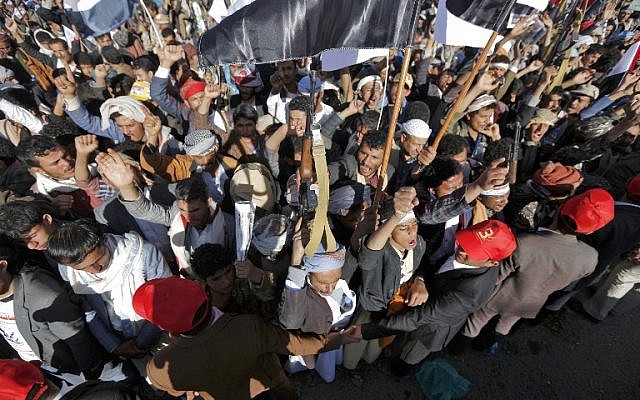 Yemen’s Houthi rebels, an Iranian-backed movement, claimed on Saturday that they carried out an attack on a Saudi Arabian military post near the border with Yemen, capturing military personnel and military vehicles.

A spokesperson for the Houthis said in a statement that three “enemy military brigades had fallen” in the attack near the border with the southern Saudi region of Najran, launched 72 hours ago and supported by the group’s “drone, missile and air defense units,” Reuters reported on Saturday. There was no immediate confirmation from Riyadh.

A Houthi-run TV channel said “thousands of enemy troops,” including Saudi Arabian military officers and soldiers, were captured in the attack.

Saudi Arabia has been at war with the Houthi rebels in Yemen since early 2015 after their operations led to the ouster of the internationally recognized government of Ali Abdullah Saleh in the capital Sanaa. The Houthis have control of Sanaa and most big urban centers in Yemen.

The Houthis claimed an attack earlier this month on Saudi Arabia’s oil industry, but Tehran is widely seen as the culprit. The September 14 drone attacks on two plants owned by Saudi Arabian giant Aramco, including the world’s largest crude oil processing plant, slashed the company’s oil production by half. The US pointed the finger squarely at Iran and vowed to hold it responsible. US Secretary of State Mike Pompeo called the assault an “unprecedented attack on the world’s energy supply.”

In recent months, the Houthis have staged repeated cross-border missile and drone attacks targeting Saudi air bases and other facilities in what they say is retaliation for the Riyadh-led bombing campaign on rebel-held areas in Yemen.

Saudi’s energy infrastructure has been hit by the Houthis many times before, but this strike was of a different order, abruptly halting 5.7 million barrels per day (bpd) or about six percent of the world’s oil supply.

After the attack, the US put together a coalition to secure the Mideast’s waterways amid threats from Iran which has denied involvement. Australia, Bahrain, Saudi Arabia and the United Kingdom already have joined the mission.

The coalition aims to secure the broader Persian Gulf region. It includes surveillance of the Strait of Hormuz, the narrow mouth of the Persian Gulf through which a fifth of the world’s oil travels, and the Bab el-Mandeb, another narrow strait that connects the Red Sea and the Gulf of Aden off Yemen and East Africa. Smaller patrol boats and other craft will be available for rapid response. The plan also allows for nations to escort their own ships through the region.

The attack came amid a summer of heightened tensions between Tehran and Washington over its unraveling nuclear deal with world powers.