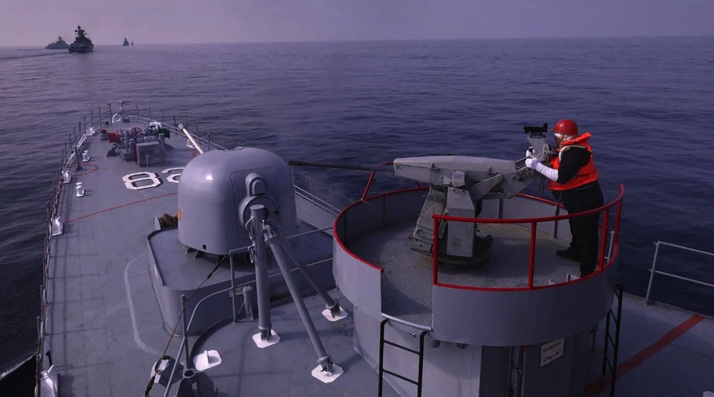 In addition to its nuclear and long-range ballistic missiles program, Iran has for years been working to build up its navy, with the goal of being able to project power in its surrounding bodies of water. Now, Israeli defense sources warn, Tehran is looking to lean on its increased ties with Russia to add new ships to its fleet.

However, experts warn that internal politics between the Islamic Revolutionary Guard Corps (IRGC) and the domestic navy may complicate any effort between Tehran and Moscow to work together on naval capabilities.

According to multiple Israeli defense sources, officials from Iran have traveled to Russia to discuss the potential for naval cooperation. They carried with them two requests, Israeli sources say: first, to buy some existing Russian warships, and then to ask the Russians to design more bespoke naval capabilities that fit with Iran’s operational requirements. (Russia already has some ship designs built for export, including the Grigorovich-class, classified as a “general purpose” surface combat vessel.)

It is highly unlikely Iran would build these ships themselves, given resource constraints. Instead, whatever comes from the agreement would be built in Russia. It is expected that both the new designs and the existing ones would be outfitted with versions of Iran’s homemade cruise missiles.