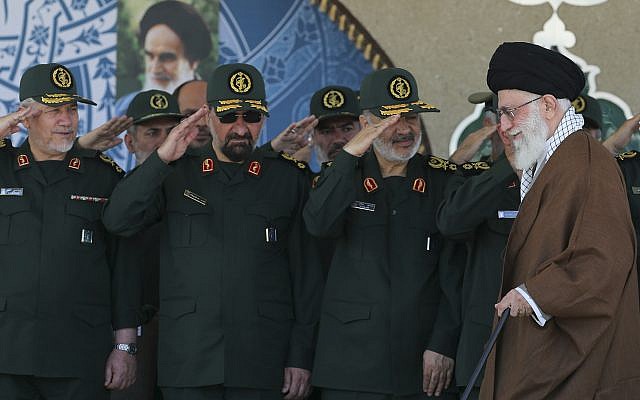 Brig. Gen. Hossein Salami was made commander of the IRGC, replacing Maj. Gen. Mohammed Ali Jafari, who has headed the military force since 2007, according to Iranian media reports.

Salami has frequently vowed to destroy Israel and “break America.” Iran was “planning to break America, Israel, and their partners and allies. Our ground forces should cleanse the planet from the filth of their existence,” Salami said in February. The previous month, he vowed to wipe Israel off the “global political map,” and to unleash an “inferno” on the Jewish state.

He also said “Iran has warned the Zionist regime not to play with fire, because they will be destroyed before the US helps them.” Any new war, he said, “will result in Israel’s defeat within three days, in a way that they will not find enough graves to bury their dead.”

The IRGC shakeup comes weeks after the US designated the group a terror organization, the first time it has ever blacklisted an entire military branch under the rule.