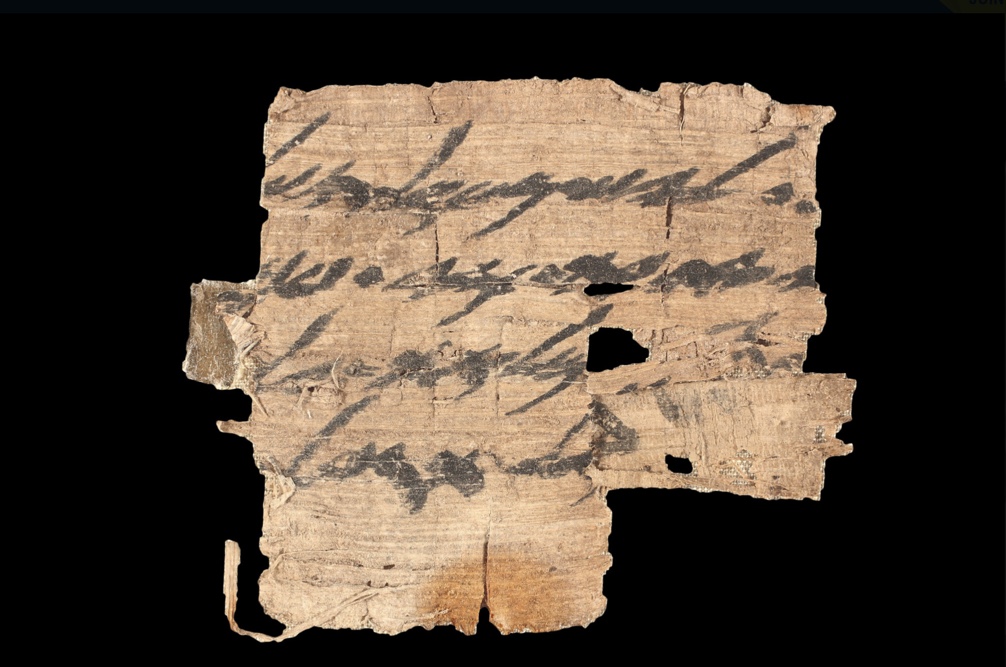 The hunt for additional Dead Sea Scrolls has taken archaeologists and adventure-seekers all over the Judean Desert. But the successful quest for a recently repatriated First Temple-era papyrus letter took the head of the Israel Antiquities Authority’s Theft Prevention Unit to a much more unlikely location — Montana.

This 4-centimeter-high, 5-centimeter-wide (1.5 inch x 2 inches) fragment joins only two other known contemporary papyrus fragments inscribed with early Hebrew in the Land of Israel to date.

The treasure hunt ended earlier this year after the IAA’s Eitan Klein located the owner of the exceedingly rare papyrus in the fittingly nicknamed Treasure State.

The inscription is composed of four fragmented lines, the first of which begins with the intriguing command “To Ishmael, send….” and then stops. According to epigraphical analysis as well as carbon-dating of a small piece of the papyrus, it is from the late seventh or early sixth century BCE, the last days of the Kingdom of Judah.