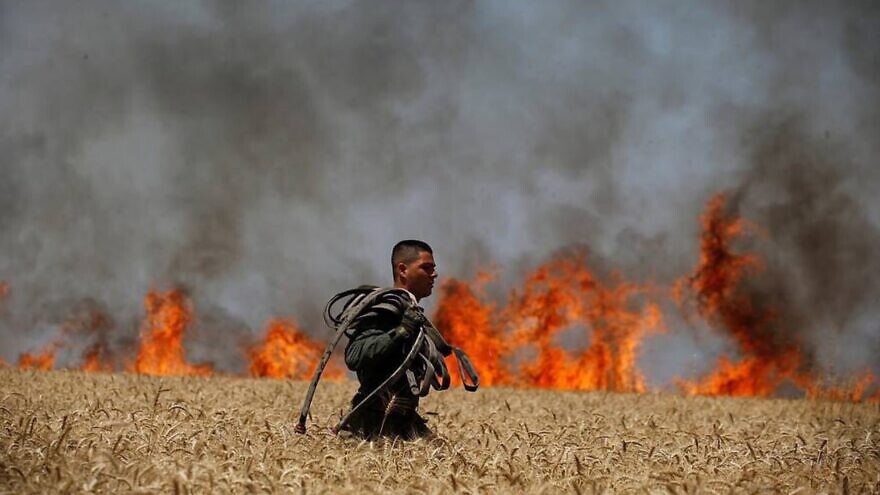 Footage showing the aftermath of an incendiary-balloon attack from Gaza on the fields of Kibbutz Nir Oz has emerged, as local volunteer and professional firefighters have been rushing to put out at least four spot fires in the Eshkol Region in the past 48 hours.

“We are grateful for the specialized, critical-response fire wagons that allow us to support the professional firefighters,” he said. “The smaller size of our equipment enables us to access areas where larger firetrucks cannot go, like in the fields and near creeks.”

Although the smaller wagons—provided by the Jewish National Fund-USA—hold less water than the municipality’s larger firetrucks, they allow volunteers to fight multiple fires at once.

“There were two critical-response fire wagons at [Monday’s] scene,” said Isaacson, referring to one of the fires on June 15. “Each contains 35 cubic feet of water. The regular firetrucks in the municipal station can hold 100 cubic feet. Rather than bringing one large firetruck to multiple locations, volunteers and their wagons can attend to multiple fires at once—an important capability in a largely rural area.”