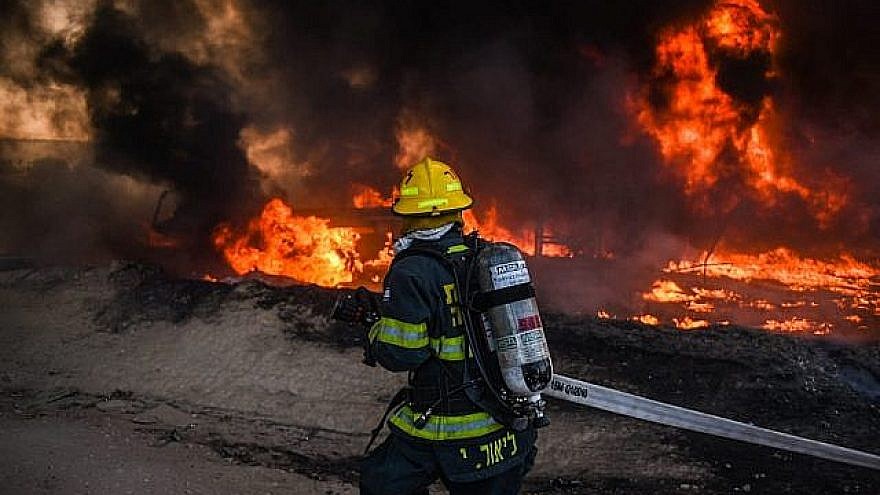 (June 27, 2019 / JNS) Incendiary balloons launched from Gaza on Thursday caused at least 30 fires, including 17 substantial ones, in southern Israel, according to estimates by Israeli authorities.

“The rash of arson attacks put Thursday on pace to see the largest number of fires started by Gazan balloons in a single day since Palestinians began launching airborne incendiary devices over a year ago,” reported The Times of Israel.

The Israel Defense Forces, the Jewish National Fund, the Parks Authority and local volunteers also assisted in the effort to extinguish the flames.

There have been roughly 100 fires started by arson balloons since Sunday, according to a local fire department.

No injuries have been reported.