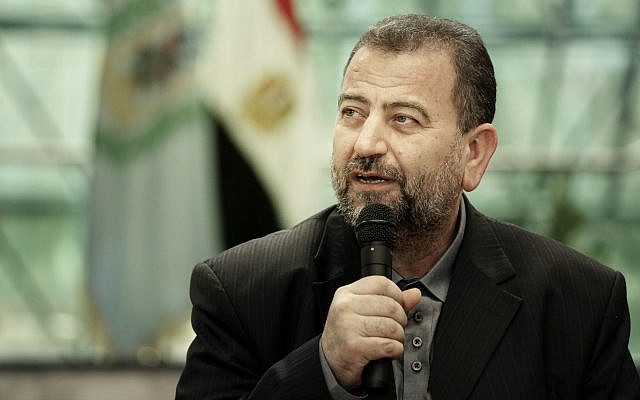 Arouri made the comment during a meeting with Kamal Kharazi, the head of Iran’s Strategic Council on Foreign Relations, the Fars report stated.

“We are on the same path as the Islamic Republic — the path of battling the Zionist entity and the arrogant ones,” he said, according to the report.

Hamas is an Islamist terror group that has vowed to destroy Israel.

The delegation of Hamas officials were slated to meet with senior Iranian officials, the report on Hamas’s website added.

Arouri, who was elected as Hamas’s deputy chief in October 2017, has traveled to Iran at least five times over the past two years.

He has frequently heaped praised on Iran, which is believed to be a major financial backer of the Izz ad-Din al-Qassam Brigades, Hamas’s military wing.