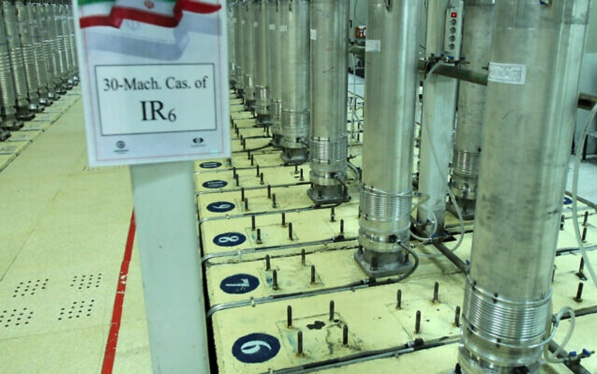 Iran plans to install two new cascades of advanced centrifuges that will allow Tehran to rapidly enrich more uranium, the UN’s nuclear watchdog said Thursday, the latest escalation in the standoff over the country’s atomic program.

The decision to add the two IR-6 centrifuges cascades at its underground Natanz nuclear facility comes as countries at an International Atomic Energy Agency meeting in Vienna voted Wednesday night to censure Iran. The rebuke deals with what the watchdog refers to as Iran’s failure to provide “credible information” over man-made nuclear material found at three undeclared sites in the country.

But even before the vote, Iran shut off two devices the IAEA uses to monitor enrichment at Natanz. Iranian officials also threatened to take more steps amid a years-long crisis.

The IAEA said Thursday that its Director-General Rafael Mariano Grossi told members that Iran informed the agency that it planned to install two new cascades of the IR-6 at Natanz. A cascade is a series of centrifuges hooked together to rapidly spin uranium gas to enrich it.

An IR-6 centrifuge spins uranium 10 times as fast as the first-generation centrifuges that Iran was once limited to under its 2015 nuclear deal with world powers. As of February, Iran already had been spinning a cascade of IR-6s at its underground facility at Fordo, according to the IAEA.