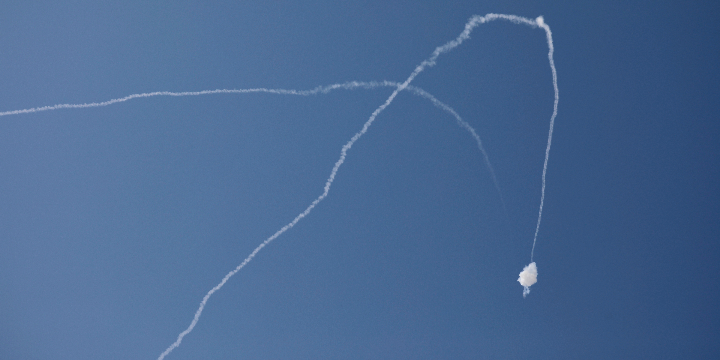 A resident of rocket-stricken southern Israel addressed the UN Security Council on Wednesday, urging it to take action against the Hamas terror group.

Adele Raemer — who lives in Kibbutz Nirim, adjacent to the border with the Hamas-ruled Gaza Strip — was invited to speak at the Security Council’s monthly meeting on the Middle East by US Ambassador Kelly Craft. This marked the first time someone from southern Israel had appeared before the council.

“Have you ever had to run for your life?” Raemer, whose bedroom was destroyed by a rocket during Operation Protective Edge in the summer of 2014 — asked the council. “When I hear the Red Alert early warning system for incoming rockets, I know that I have between 5-10 seconds to get to someplace safe — regardless of where I am in my little kibbutz house. If I am out, I either throw myself down next to a wall — or just lie down wherever I am, cover my head and hope that whatever falls doesn’t fall too close.”

“During the 11 rounds of escalated rocket fire that we have had in the past year and a half, there were numerous alerts every single day,” she recalled. “1,800 rockets were launched at our communities during this period. What would any of you do if this number of projectiles was launched over your border?”

Raemer called Hamas’ underground cross-border tunnel network “sinister and frightening, built with a complex infrastructure for communications and electricity that was developed solely for purposes of death.”

“Can you imagine how our children feel when they know that terrorists could come bursting through a tunnel under our community at any time?” she said. “The rate of people seeking psychological aid in our region has risen 231% in the past five years…over half have been children.”

“We all need to be able to raise the next generation to respect our neighbors, not fear them,” she added.

Referring to Gaza residents, Danon acknowledged, “it is indeed hard to be a civilian in the Gaza Strip.”

“In fact,” he continued, “it is hard to be a civilian in all places where the Iranian regime’s tentacles of terror have reached.”

Later on Wednesday, Danon tweeted, “Thank you, Ms. @AdeleRaemer, for sharing your touching story with the Security Council today on life in the Gaza region. Your courageous testimony was moving and enlightening. I hope that the council members will take it to heart.”

Craft stated: “Far too often we talk about this issue without talking about the human impact from Gaza. This council seems unwilling or unable to see the reality that Israelis live in constant fear of attack. In place, the council tolerates an endless string of condemnations of Israel. I have said before and will say again today, Israel has no better friend than Kelly Craft.”

“While condemnations have become very commonplace, what is truly remarkable is the resilience of the Israeli people,” she went on to say. “Israel is a beacon of light to the world; is it to be condemned? No, it is to be emulated. It is their spirit of resilience that keeps alive the hope for a solution.”