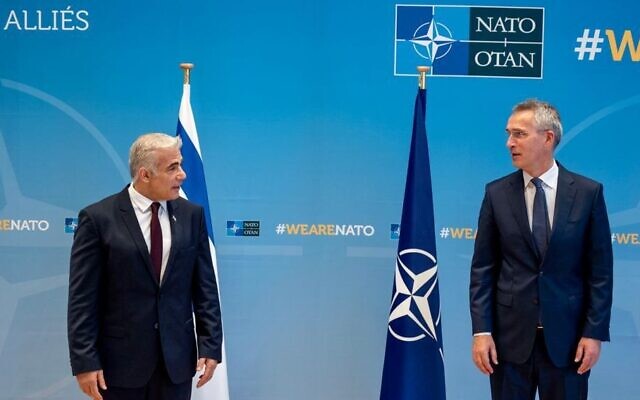 oreign Minister Yair Lapid met in Brussels with NATO Secretary-General Jens Stoltenberg on Monday, ahead of a series of bilateral talks with several of his European counterparts.

After the hour-long talk with Stoltenberg, Lapid was scheduled to hold short conversations with his counterparts from Germany, France, the Netherlands and the Czech Republic.

At 1 p.m. (Israel time) Lapid will address the European Union Foreign Affairs Council, the first Israeli minister to do so since Tzipi Livni in 2008.

Lapid is seeking to reboot relations with Europe under the new government in Jerusalem, diplomatic sources have told The Times of Israel.