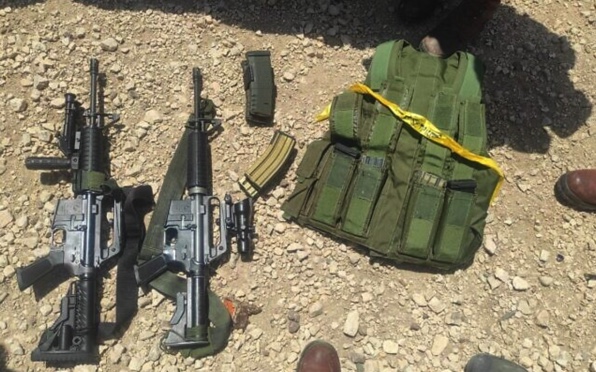 Israeli troops clashed with Palestinian gunmen by the Jenin refugee camp in the northern West Bank on Tuesday morning, in an unusual morning raid in the volatile area.

Gunshots could be heard in footage from the area. According to local media, Israeli soldiers surrounded the home of a wanted Palestinian in order to arrest him.

The Palestinian, identified as Mohammad al-Tubasi, refused to turn himself in. Troops fired anti-tank shells at his home, part of a military tactic known as a “pressure cooker.” In photos circulated on social media, al-Tubasi can be seen wearing the uniform of the Palestinian Authority’s Preventative Security corps.

The military said troops detained a suspect involved in terror activities, without elaborating on his identity, adding that two M16 rifles and a military vest were seized at his home.