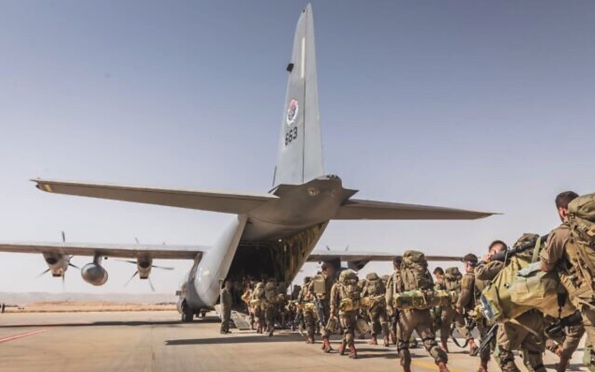 The Israel Defense Forces on Thursday wrapped up a major military exercise in Cyprus, simulating a military ground offensive deep inside Lebanon in a potential war against the Iran-backed Hezbollah terror group.

The Mediterranean island was chosen both for its Lebanon-like terrain — mountainous along a coastal plain — and its proximity to Israel. The drill simulated various difficulties in a ground assault, such as food, water, and ammunition supply; communication issues; and the general complications in operating in unfamiliar territory.

“The first challenge we prepared for was accumulating troops,” said Brig. Gen. Ofer Winter, commander of the 98th Paratroopers Division, which led the exercise.

Winter said thousands of troops were brought in to play the Lebanese side, using boats, planes, and helicopters. “We arrived in the field with great intensity. We spread out the troops, and they began operating against key areas and significant targets we identified as being important to defeat,” he said, referring to mock enemy military sites and rocket launching grounds.

According to Winter, troops conducted raids with a significant distance between each “challenging their ability to work while disconnected.” Troops operated under the assumption they would not have communication with headquarters, and instead would have to rely on contacting each other using satellite-based communication means.