IDF, US to hold air exercise with F-35 jets and no physical contact 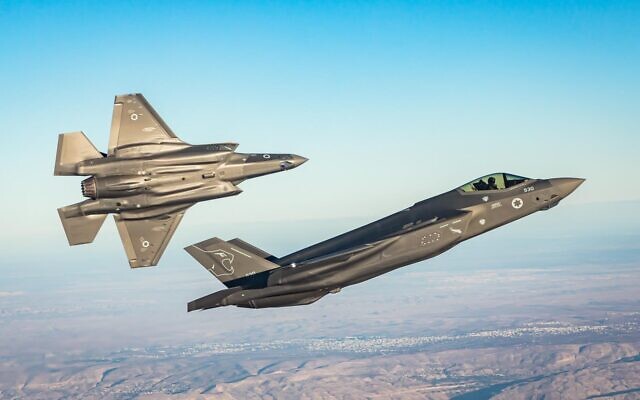 The Israel and US militaries were set to launch a joint aerial exercise in southern Israel on Tuesday in which F-35 fighter jets will take part, the Israel Defense Forces said.

The drill was permitted to take place, despite a general ban on international exercises during the coronavirus crisis, because it will be held solely in the air, with no person-to-person contact on the ground, the IDF said Tuesday morning.

The F-35 exercise comes weeks after the US and Israeli militaries called off two separate exercises due to the coronavirus pandemic, including one of their largest joint drills, the biennial Juniper Cobra.

The military said the F-35 exercise would begin Tuesday afternoon and last through Thursday afternoon. During that time, residents of the area would likely notice fighter jets flying overhead, the IDF said.

The military said the exercise was not in response to any specific threat but was part of its general 2020 training schedule.

Earlier this month, the IDF called off the Juniper Cobra exercise — one of its largest international drills — in which thousands of American and Israeli soldiers were due to take part around the world.