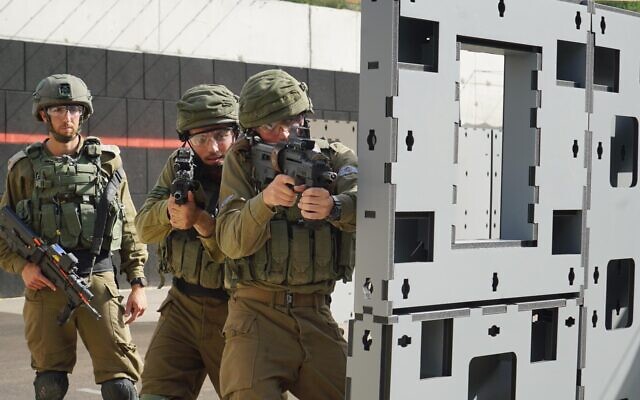 The Israel Defense Forces on Wednesday announced plans for a massive, month-long exercise this summer, simulating a multi-front war, in which every branch of the military will take part.

This will be the first time that the military holds a drill of this scope, according to the IDF.

“The structure of the exercise, which is being put together now, will include a scenario of a multi-front campaign in both the north and the south, in accordance with up-to-date and worst-case scenarios,” the military said in a statement.

The exact date and nature of the exercise are still being sorted out as it is not yet known exactly what will be permitted under coronavirus restrictions, the IDF said.

Though the military has maintained that it remained at full readiness throughout the pandemic, the IDF’s ability to hold large-scale exercises has been hampered by the crisis, leading to more modest drills throughout 2020.

The military said the purpose of this General Staff-level exercise was to “increase the IDF’s preparedness and fitness for war.” The announcement of the drill was also seen by Israeli defense commentators as a message to Iran and its proxies.