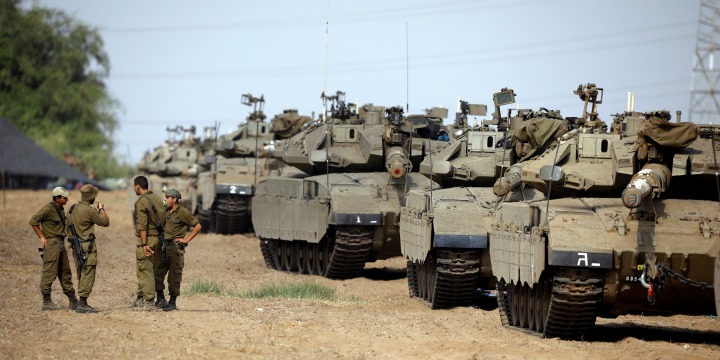 The tanks operated in the area for several hours and were approached by Lebanese army soldiers, Hezbollah fighters and United Nations peacekeepers. No exchange of fire took place.

ome of the Lebanese troops were armed with rocket-propelled grenades.

The incident — which took place in a spot where the international border lies north of the border fence — might have been an Israeli show of force following several infiltration attempts from Lebanon in recent weeks.

In the most disturbing incident, a month and a half ago the border fence was damaged in several places in what was believed to be a planned operation. The IDF repaired the fence without incident and opened an investigation.