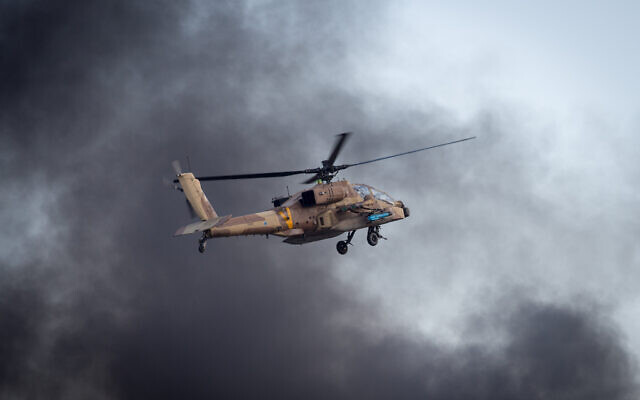 The incident in the morning saw explosions heard along the border and shrapnel striking a home and a car on the Israeli side in the Druze town of Majdal Shams, causing light damage. The cause was reported to be either anti-aircraft fire toward an IDF observation balloon or an artillery shell fired from Syria toward Israel, possibly by accident.

“The IDF holds the Syrian regime responsible for the fire against Israel earlier today,” the army said in a statement. “The IDF will continue operating with determination and will respond to any violation of Israeli sovereignty.”

The incidents came amid heightened tensions between Israel and the Hezbollah terror group, which maintains a presence in the Syrian Golan Heights, after one of the organization’s fighters was killed in an airstrike attributed to Israel on Monday night.