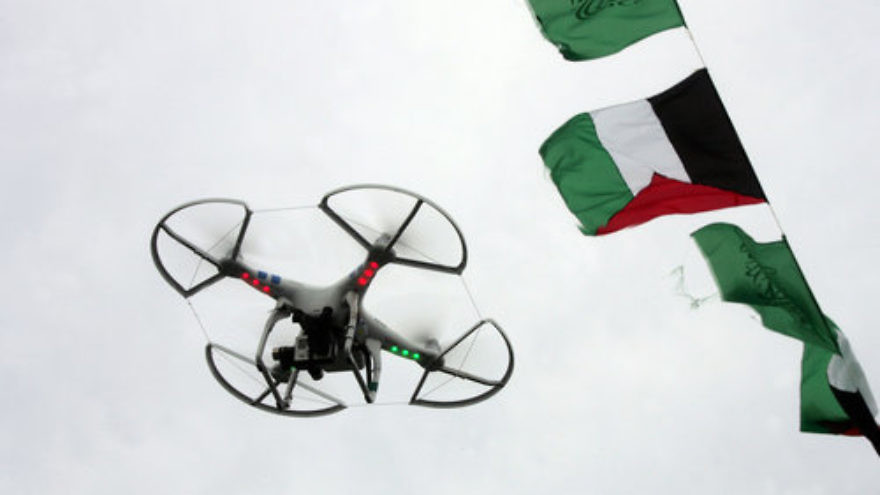 (September 8, 2019 / JNS) Israeli jets hit a Hamas naval-equipment depot and two aerial operations “military centers” on Saturday after an armed drone entered Israeli airspace from the Gaza Strip earlier in the day, according to a statement by the Israel Defense Forces. The cell responsible for launching the drone was also targeted, according to the IDF.

“The IDF will continue to act against attempts to harm Israeli citizens, and holds the Palestinian terror group Hamas responsible for everything that takes place in the Gaza Strip and which emanates from there,” said the IDF.

A military vehicle was lightly damaged in the drone incident, according to the IDF, though it did not reveal whether the drone had detonated. No injuries were reported.

The incident marks a serious uptick in tensions between Israel and Hamas, which agreed to a tentative ceasefire in May.

On Friday, IDF troops clashed with an estimated 6,000 Gaza rioters along the Israeli border in what the IDF called “especially violent” demonstrations. Rioters used firebombs and hand grenades, according to the army, and attempted to destroy and break through the border fence. Two Gazans were reportedly killed in the exchange and more than 70 injured.

Hours later, Red Alert sirens were activated in Israeli communities in the western Negev after the IDF detected the launch of five rockets towards Israeli territory.

The reprisals came just hours after Israeli Prime Minister Benjamin Netanyahu warned Hamas that “any attempt to harm our citizens and our soldiers will be met with a forceful response.”