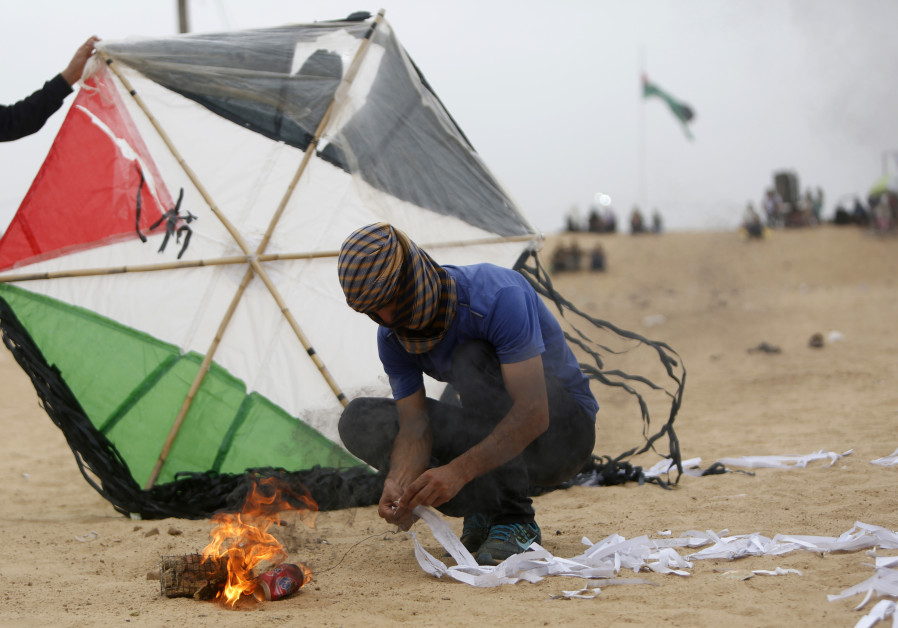 An Israeli Air Force aircraft struck a Hamas outpost in the Gaza Strip Wednesday evening in response to several incendiary aerial devices launched from the coastal enclave towards southern Israel.

There were no injuries reported in the strike, which took place east of the el-Bureij refugee camp during the nightly riots along the Gaza-Israel security fence. The Palestinian WAFA news agency said that the drone targeted a motorcycle and a field in the central Gaza Strip, causing damage but no injuries.

Earlier on Wednesday, a balloon carrying an incendiary device started a fire in an agricultural area near the community of Kissufim after it landed in a field. The fire was small and was quickly put out by rescue services.

IDF Chief of Staff Lt.-Gen. Aviv Kochavi on Wednesday visited the Gaza Division and met with the head of the Southern Command Maj.-Gen. Hertzi Halevi as well as head of the Gaza Division Brig.-Gen. Eliezer Toledano And other officers. Kochavi also toured several key points along the border and conducted a situational assessment with commanders in the area.

Also on Wednesday, another incendiary balloon exploded in the air over southern Israel.

The Palestinian “night confusion units” resumed along the fence earlier this month after several months of quiet, with rioters setting fires, hurling explosive devices, shining lasers at troops across the border to blind them and attempting to infiltrate into Israel.

According to the IDF, some 250 Palestinians took part in the protests in the southern Gaza Strip on Wednesday night, throwing stones and improvised explosive devices as well as setting fire to tires and rolling them towards IDF troops stationed along the fence, who responded by riot control means including live fire.