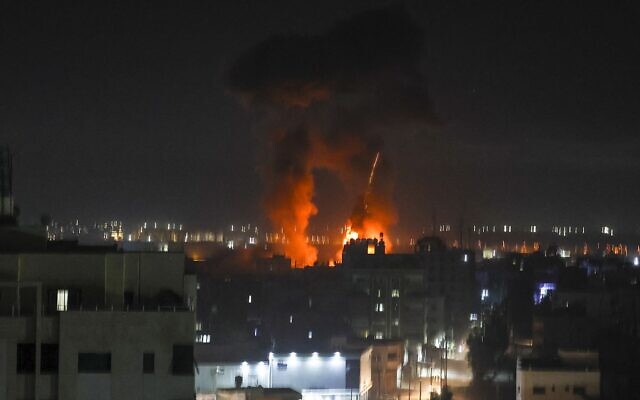 The Israel Defense Forces said warplanes hit several buildings in a Hamas military base, as well as unspecified “infrastructure and utilities used for activities” of the terror group.

It noted the base was located “adjacent to civilian sites, including a school,” without providing details.

According to the Hamas-affiliated al-Resalah, Israeli planes bombed areas west of Gaza City, before striking to the east of Khan Younis. There were no immediate reports of casualties.

Palestinian media reported that terrorists fired from machine guns at Israeli aircraft over the Gaza Strip, amid the airstrikes, and managed to down a drone.