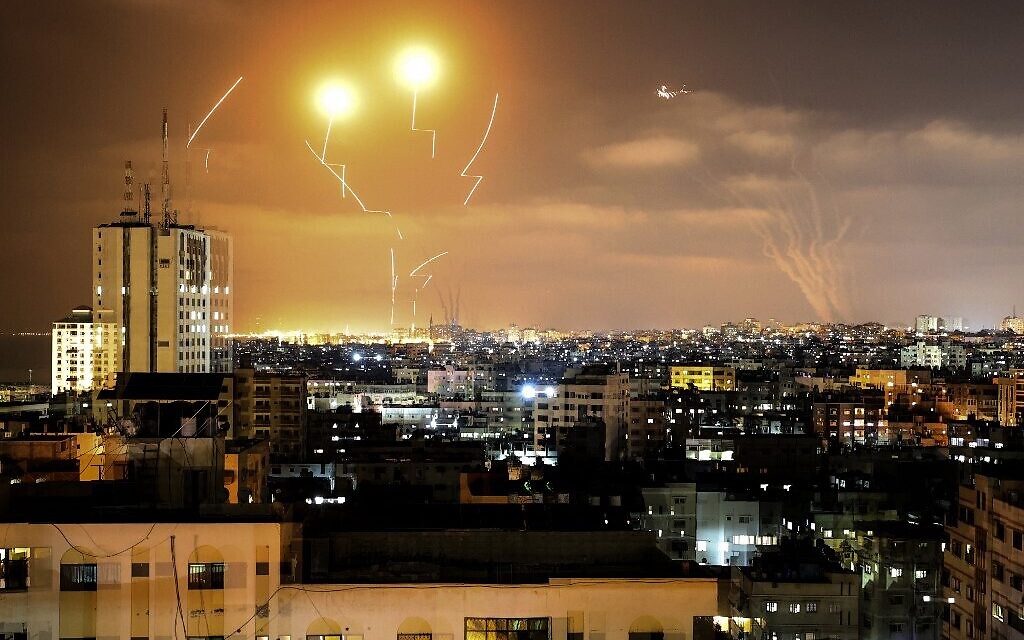 Targets in the Strip include home of top Hamas commander, Hamas’s intelligence headquarters

Rocket attacks from the Gaza Strip into Israeli territory continued into Tuesday morning following a barrage of rocket fire overnight with Hamas launching over 200 rockets aimed at Israeli territory, according to the Israel Defense Forces (IDF).

In response to the Hamas rocket attacks from Gaza, the IDF said it struck 130 targets in the Strip, including a Hamas battalion commander and a military intelligence building belonging to Hamas.