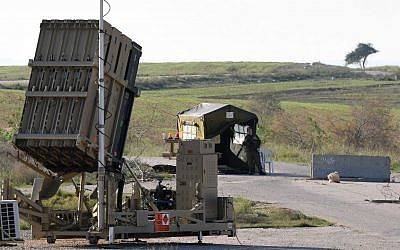 The exercise had been subjected to the military censor until Wednesday evening.

“Air defense soldiers from the Israeli Air Force conducted successful interceptions of targets at various heights and ranges,” the Israel Defense Forces said in a statement.

The Patriot air defense system is meant to intercept both incoming aircraft and long-range ballistic missiles, while the Iron Dome is designed to shoot down short-range rocket and mortar attacks, as well as some aircraft.

The Air Force said the exercise, which was conducted in central Israel, was meant to test the preparedness of its air defense and technical units, as well as the air defense batteries themselves.

The IDF said the exercise was part of its annual training schedule.

“The delegations came to watch the exercise and to study its results. The delegations will take part in a panel discussion that will focus on professional matters and inter-military cooperation,” the IDF said.

Israel maintains a multi-tiered air defense system that is designed to protect the country’s strategic assets from aerial attack.