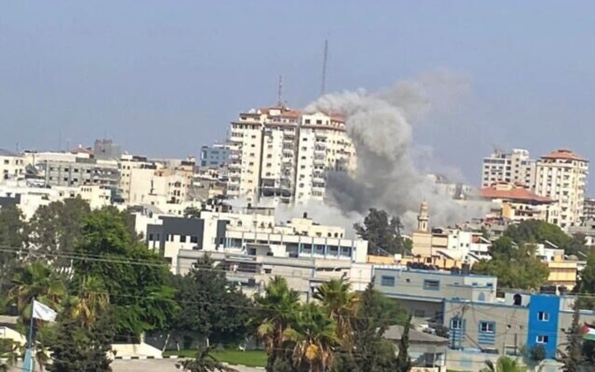 IDF says it has begun striking in Gaza, after 4 days of Islamic Jihad threats

The Israel Defense Forces said Friday afternoon it had begun to strike targets in the Gaza Strip, hours after Defense Minister Benny Gantz warned the Palestinian Islamic Jihad that Israel would take action if the terror group does not back down from its intentions to carry out attacks against the country.

The terror group has been threatening since Tuesday to attack in response to the arrest of its West Bank leader, causing days of road closures and community lockdowns in areas near the border under immediate threat.

In a brief statement, the IDF said it was striking in the Strip, and that a “special situation” had been declared on the home front. It said further details would be provided later.

A “special situation” is a legal term used in times of emergency, granting authorities greater jurisdiction over the civilian population in order to streamline efforts to safeguard the population.