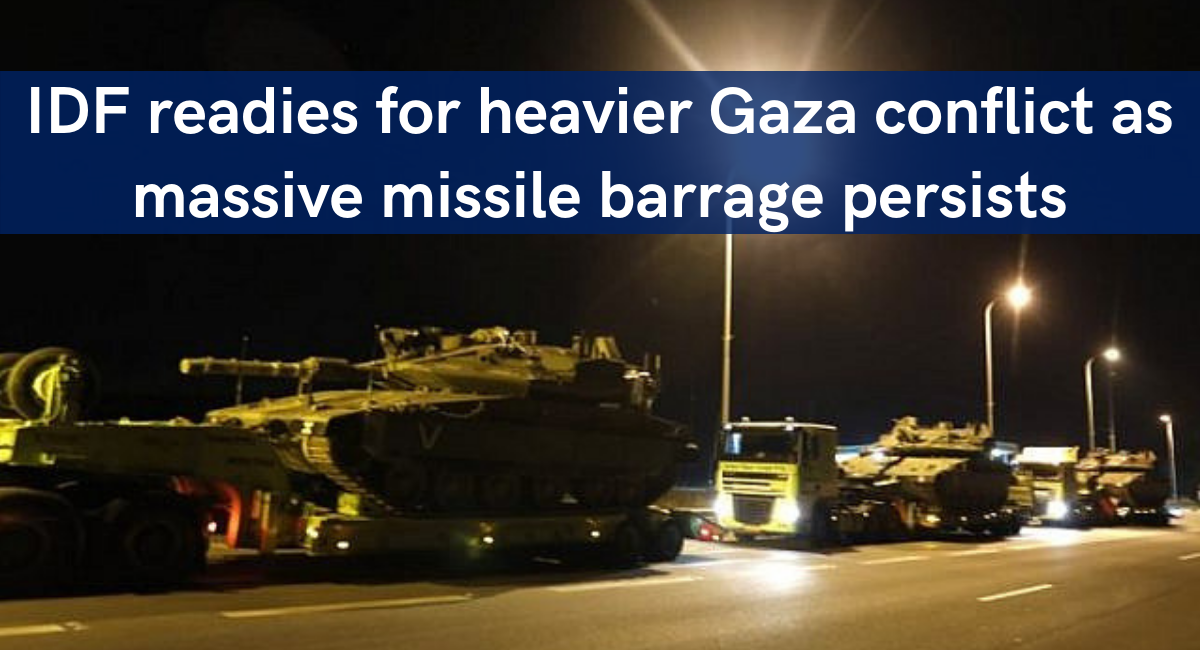 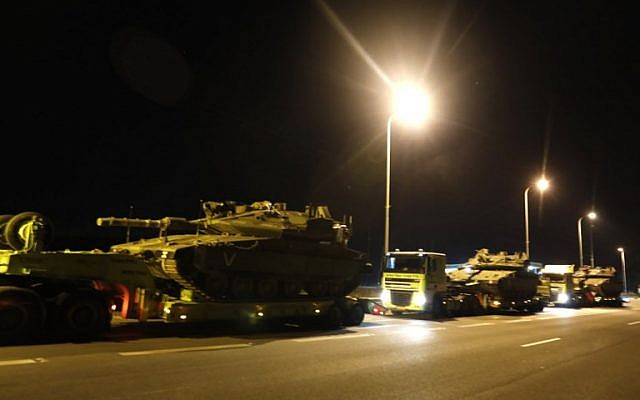 The Israeli military deployed additional troops and tanks to the Gaza Strip border on Monday following the largest barrage of rockets and mortar shells fired at Israel from the coastal enclave in a single day.

The army was reportedly given a green light from policymakers to pummel terror groups in the Strip if they continued with the barrages, as the terror organizations in the Strip vowed to do.

“The resistance factions’ joint command center is holding a serious conversation about expanding its range of fire. Ashkelon is just the beginning. Approximately one million Zionists will be within the range of our missiles if the Zionist enemy’s decision is to continue its aggression,” said Abu Obeida, a spokesperson for Hamas’s military wing.

According to the Israel Defense Forces, over 300 rockets and mortar shells were fired at southern Israel from the Gaza Strip as of 10 p.m. Monday — a number that was expected to rise as barrages continued throughout the night.

The attacks began shortly after 4:30 p.m., when terrorists fired a Kornet anti-tank guided missile at an Israeli bus near the border, seriously injuring an IDF soldier who was on board at the time. Dozens of other soldiers had previously been on the bus, parked near the Black Arrow memorial near Kibbutz Kfar Azza, and exited moments before the missile struck.